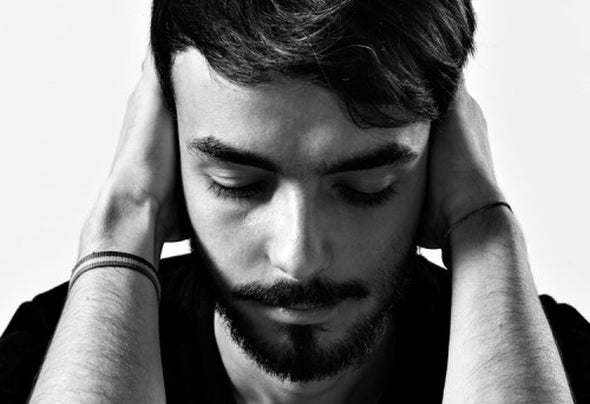 Born and raised in a small city called Monopoli, situated in the South of Italy, Francys became captivated by the beauty of music at a very young age where he started to collect old vinyls and CDs.As Francys grew older his love and passion for music grew and he spent more and more time practicing his DJ skills with turntables and an old mixer in his parents’ gloomy garage. One day his best friend gave him a software sequencer – a perfect toy for our Italian boy! From that day on, 14-year-old Francys began building his first beats and quickly whole tracks followed.Across the years, influenced and inspired by artists like Michael Jackson, Queen, Simply Red, Depeche Mode, Phil Collins,The Cure, Eurythmics, Kraftwerk, Moby, Trentemøller, Fat Boy Slim, Mr. Oizo, Daft Punk, Carl Craig, Jeff Mills and many more, Francys developed his signature production style.As you can imagine, it was just a matter of time before the right people took notice of Francys, and it wasn’t long before he had his first releases on labels including Resopal, Composite, Time Has Changed. In 2011 Francy released the “Crossing The White Line” EP on Russian imprint Highway which was remixed by 8bit’s Gorge.T he EP was championed by the likes of Steve Bug, DJ T, Guy J and “Crossing The White Line” was licenced by to John Digweed’s ‘Live In Cordoba’ compilation, released through his Bedrock label.T he follow up, entitled the “People EP” came with remixes from Nico Lahs, Ahmet Sisman and Berlin’s Alex Niggemann, who immediately offered him a release on his own label Soulfooled. No sooner said than done - “Lonely Road” was released and Francys became a part of the Soulfooled family. According to Alex, Francys is “one of the most promising newcomers these days” and went on to prove this by delivering a massive remix for Alex Niggemann’s ‘Paranoid Funk’ album, out on Poker Flat Recordings. Around this time Francys caught the attention of German duo Tiefschwarz, who signed his ‘Trust Me’ EP to their Souvenir label. new imprint AEON, delivering his haunting ‘Memories’ EP which includes a remix by Berlin mastermind and Upon You label boss, Marco Resmann. Niggemann describes the release as ‘definitely one of my 2013 top releases’.2013-07-23 11:24:21FrancysCome mid 2013 and Francys is back on Alex Niggemann’s