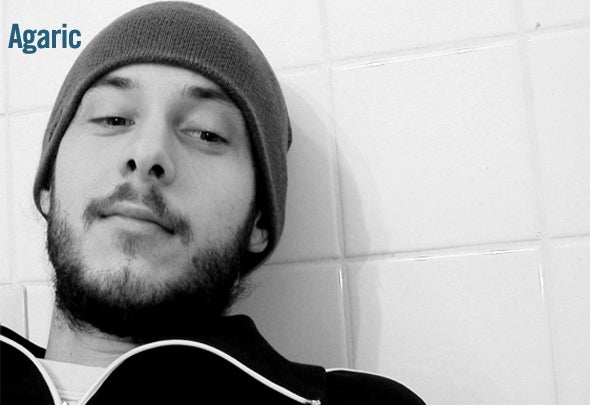 Alongside working together with Niklas Ehrlin and Henrik Larsson on their main and wellknown project in the 90's, Headroom, Patrik Skoog began a solo project, darker and more tribal-technoinfluenced in comparison to the collaborations. After releasing the first output on German and American labels he then decided to set up Native Diffusion records for these type of tracks.This focused mainly on own productions, but also showcased remixes from the likes of Damon Wild, W.J Henze, Inigo Kennedy, Slobodan, Takaaki Itoh & Hardcell. As of 2003 and 2004 other talent started to appear on the label as well, respected producers and newcomers to the techno-scene alike. 2004 also saw Headroom´s debut release on the classic New York-label Synewave getting licensed to the "Exhibitionist" CD and DVD compilation, compiled and mixed by world renowned DJ Jeff Mills, and as the popularity of their style of techno increased over the last years, remix offers also dropped in frequently. Patrik did one for fellow Swede Adam Beyer and his now classic Drumcode imprint, which shortly thereafter lead to more releases on Drumcode, and the sublabel Truesoul. Being a technical Dj with great sense for momentum and trackselection Skoog has played and continues to play praised gigs in the USA, UK, North- and South America and all across Europe. In early 2005 a new project was found in "Agaric" where he explores the slower, deeper realms of techno and house and with productions on his well-received labelproject named "We Are", Patrik has gained appreciation from dj’s such as Richie Hawtin or James Holden, and you have seen a big change in performances as well as trackwork, where he excurts further and further away from playing the typical hard sound from which he was known, and more often than not he performs a deeper variety of tracks that hints of a new modern take on his early influences from the likes of Robert Hood, Wolfgang Voigt or Plastikman, still with high intensity and groove. The following year the Native Diffusion label is being put on ice, ending after six years at number 19 in the series and Patrik starts to perform liveacts all over the world with the Agaric project -premiering at one of the leading festivals for innovative electronic music in the Nordic countries, Public Service. Early 2007, nearly a decade after the debut on the Loop label and over one hundred vinyl-releases later, Agaric relocates to Germany and gets involved in the ever so evolving electronic music-scene in Berlin. www.myspace.com/djagaric