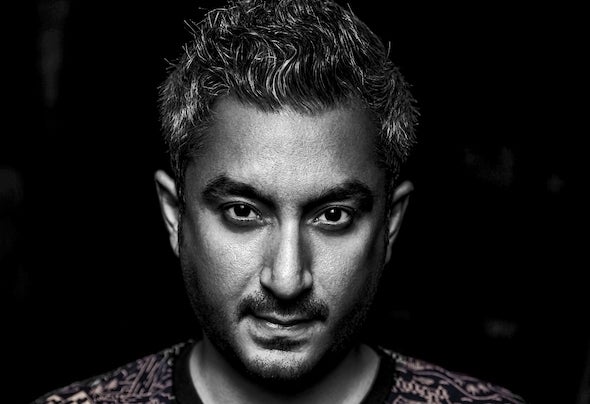 Ash Roy’s illustrious career has seen him perform around the world, including Germany, USA, India, Sweden, Netherlands, Canada, Malaysia, Singapore, Dubai, Denmark, Nepal, Sri Lanka, Bahrain and more!In 2004 Ash and his friends founded the fantastic electronica band Jalebee Cartel, which gained massive popularity globally.2013 saw Ash launch his own dance music record label - Soupherb Records. Soupherb Records is an imprint of him and Ashvin Mani Sharma. The aim of the label is to provide a platform for forward thinking and Experimental music producers in the genres of Techno, Minimal, House and all the sub genres that go with it.As an individual producer and a DJ, Ash’s style moves through genres that range from minimal to tech-house to techno. Other than homegrown label Soupherb, Ash Roy’s music has been released on various other prestigious labels such as Trapez Ltd., Monique Musique, Frequenza, Tulipa Recordings, Patent Skillz, Creepy Finger, amongst others.In the year 2014, Ash Roy also won two prestigious awards - MyFav India's 'Best Techno DJ' for the year 2014, as well as VH1 Sound Nation's 'Best Electronic DJ'. These coveted awards along with his acclaimed release on Trapez Ltd. were the highlights of Ash's career in 2014. 2014 also saw him visit the USA, where he got an opportunity to perform at the magnificent Burning Man festival.The start of 2015 was just cracker for Ash since he won the Myfav India’s ‘Best Producer of the Year’ 2015.Beginning 2016 Ash won the Myfav India’s ‘Best Producer of the Year’ 2016Ash has finally moved to Berlin and has a foot on both sides of the globe – an annual appearance at the Fusion Festival in Germany, for instance. Ash has shared headliner space with the likes of The Chemical Brothers, Modeselektor and Carl Cox, played with the likes of Richie Hawtin, Sasha, Ambivalent, Cari Lekebusch, and Nic Fanciulli, individually and appeared on publications such as Rolling Stone, Euphoric mag and more..