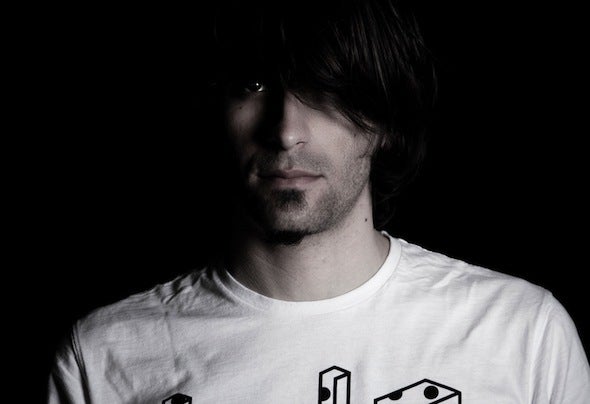 ANDREW TECHNIQUE – official Today's clubbing crowd has become complex and inexorable. Show business is becoming one of the preferred business in which each lucky individual seeking what's best for him. Every gesture, every step is carefully thoughtful and precisely planned. Every error or madness inside one's career can mean eternal non-success or surprising success. This is the great charm of a big mechanism and only a fraction of entirety, with which musicians and performers are facing daily..Andrew Technique is of course a part of this entirety and mechanism, where he didn't “land“ by chance. Deeper interests toward instruments were identified in his childhood, piano school where he starts to understand and realizes the depth of harmonies, first guitar riffs in the school's hard rock band, later on trying solo singing.. it's for sure he bears something inside him and that “something“, led him to what he does and works today.. We're talking about a Dj, about a performer from whom the audience always expects the best! His uniqueness, his unpredictable style keep saying in one word that we are dealing with professional who is not following the way but keeps leading. A chance to lead, it's a Dj's key which open doors to new musical trends, generations, followers.. in fact new achievements. Known for his sentence, "..It's true. I'm an art Junkie," which has long appeared in almost all press texts, interviews and trailers. This is the sentence which kept readers attention to read and find more about him. A sentence which briefly described Andrew's personality and at the same time describes much more than a written biography.. Andrew owns top Dj attributes, which proves its originality and popularity standing out in front of a wide audience. His strong charisma allows social originality and uniqueness, which reflects his unexpected, especially sound style changes. His approach to the perfect appearance and specially selected sound is always accompanied by a commitment and authenticity. Every successful musician is really devoted to his career, the same goes for Andrew's. His path has only one goal ... to preserve originality and that's a fact!Andrew adds "..performance is what pull's me forward, appearance in front of the crowd, which I love repeatedly to "drive" into a known or completely unknown..Undefined performance length is what allows me to do things my way, especially with long evening story..Performance is an absolute balm for my soul.. "Development into a successful and recognizable icon in the world of clubbing is long and dedicated only to the best one's, Andrew is one of them .. Andrew is an artist, musician, virtuoso.. ----ANDREW TECHNIQUE - collaborations Cooperation and new, open opportunities of creative co-creation brings additional results and this is why DJ's decide to integrate toghether in projects and in related music makers they find important coworkers. The information, that is for all the most fresh and interesting, talks about his close cooperation with his colleague F.Sonik, with whom he found the right working vibe and prooved that they complement each other in production but also on clubbing and festival stages. They added in their mutual portfolio some remarkable and outstanding products, which were and are still present in many track lists of worldwide known artists..