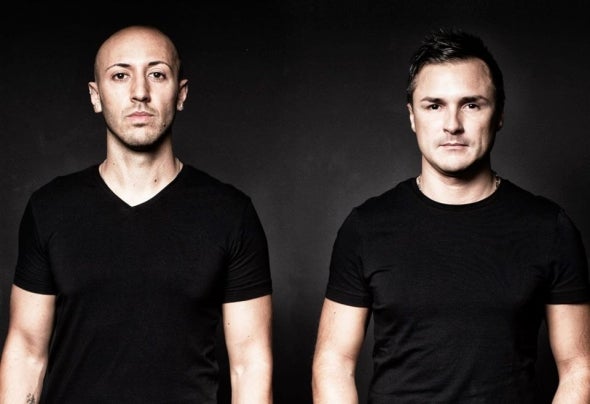 Been already around from a while, and with large experience on national Dance station, Nazario and Fabio have already a solid body of work and big time tunes in their album collection. Latest two years have been significantly important fo their career, with consistent productions for most important int'l labels, like Subliminal, Big Beat, MixMash, Doorn, Size, Spinnin’, to name but a few. A dope production next to the dutch king Chuckie and Amanda Wilson named "Breaking Up” been climbing world wide radio charts all over the world, and their remixes for pop act like Kelly Clarkson proof all their talent and breakthrough energy. Still, their remix for Swedish House Mafia single "Don't you worry child" hugely supported by Top int'l Djs is one of brighter stars of 2013 sky. Promise land have then released a great single with the Aussie talent Georgi Kay, as well as a remix for AN21 and Max Vangeli latest single named "Glow" is out in these very weeks, whilst Spinnin' rec has released their uptempo proggy theme entitled “ angsta”. A few more club bullets have been released then, “Noise” alongside the young boy Junior Black on DOORN, "BAD Djs” on Size, “Rulez" again on Spinnin’, and “Sunshine down” lately on Mixmash, including a Laidback Luke edit”. 2014 seems to be also promising, indeed they have a new club tune called “Vega” supposed to be out on DOORN by March 2014 and mainstream song signed to a Major….which we must keep still silent about !