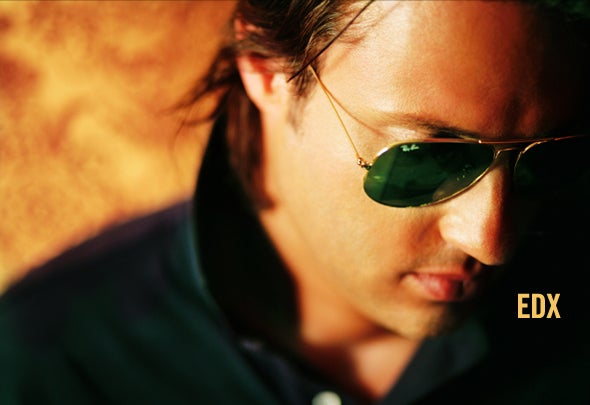 One of the most dedicated characters in the industry, EDX has spent the past twenty-five years at the forefront of electronic music. Founder of the internationally renowned record company Sirup Music in 2002, which has released hits from the likes of Avicii, Armin van Buuren, Steve Angello, Tiësto and more — and in joint-venture with Enormous Tunes his ‘Helvetic Nerds’ crew of Nora En Pure, Daniel Portman, Croatia Squad and Sons of Maria — Maurizio's own vast catalogue of chart-topping original productions and remixes has amassed hundreds of millions of streams and an adoring international fan-base in the process. 2018 has been another indelible year for EDX. With his original singles (Jaded, Anthem & Sillage) continuing to top charts at every turn, the prolific DJ, producer and label head has also released official remixes for pop royalty including Janelle Monae, Bazzi & Camila Cabello and David Guetta. His ‘NoXcuses' radio show on iHeart is currently broadcast to over 40 countries twice a week and with an international touring schedule that sees him cross multiple countries and continents each week, he has held residencies at some of the world’s most iconic clubs (Space Ibiza, Privilege Ibiza and Wynn Las Vegas to name a few) and consistently performs at the most esteemed festivals on the global circuit. With more new music on the horizon and huge headline shows at Schimanski NYC and Avalon LA to look forward to before the end of the year, Switzerland’s most streamed artist is showing no signs of slowing down whatsoever.