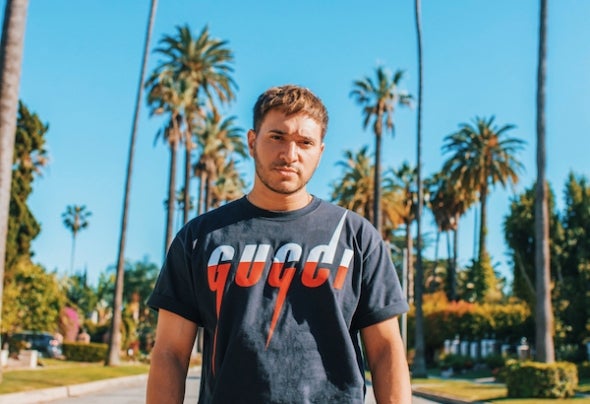 In an era of slow-building careers, Jonas Blue is an anomaly. Amassing an armoury of platinum-plated hits with almost 7.5 billion global streams and 40million singles sales to date–certified platinum over 120 times around the world–the 5 x BRIT Award nominee has become a mainstage DJ, pop powerhouse and critically acclaimed songwriter.With his debut single ‘Fast Car’ achieving multi-platinum, platinum and gold status in over20 territories, the Londoner’s follow-up singles ‘Perfect Strangers’ and ‘Mama’ enjoyed similar success, lifting Jonas into the spotlight as a truly global superstar.Having scored one of summer 2018’s biggest global hits with the irrepressible ‘Rise’ featuringJack & Jack, Jonas owned the autumn with ‘Polaroid’, his long-rumoured collaboration with Liam Payne and Nashville actress Lennon Stella. The success of both hits was sandwiched between his huge collaboration ‘Back & Forth’ with chart-topping superstar Becky Hill, and Detroit house legend, MK. Jonas went on to release his debut album ‘Blue’ in November 2018. The 15-track production featured collaborations with the likes of fast-rising songstress Nina Nesbitt, platinum-sellingCanadian artist Jessie Reyez, multi-skilled singer/songwriter Zak Abel,Charlotte OC, andGrammy Award-winning Puerto Rican rapper Jhay Cortez.Jonas’ stock continues to rise with the arrival of his latest smash single ‘What I Like AboutYou’ featuring the hugely promising youngDanish pop artist Theresa Rex,which is serving as another huge chapter in his impeccable hit-defying career.Away from the charts, Jonas tours relentlessly around the world, making numerous festival appearances at the likes of Tomorrowland, We Are FSTVL, SW4 and Lollapalooza. Additionally, the hit-maker enjoyed a hugely successful Ibiza residency at super club Hi throughout summer with additional Balearic performances at Ushuaia and Pacha.So much has changed for the man who was still making music in his dad’s garage until 2017, but his drive remains the same. Helping to launch the careers of unknown artists,rather than simply team up with chart stars, Jonas prides himself on his ability to never choose the easy option. Establishing his Blue Future label to promote the new talent that he and his manager Aaron Ross continue to discover, Jonas could afford to sit back and take stock, but moving forward is what Jonas Blue is all about.