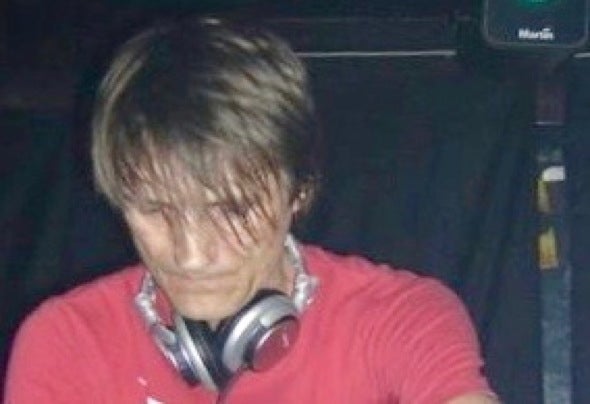 Andreas Bolz is the co-founder (with Gregor Luttermann) of the infamous Electro label Electrocord mid 1990s. Through the establishment of Electrocord, Andreas Bolz came into contact with Detroit’s secretive and exclusive Electro scene when he first made his debut under his project name "Bolz Bolz”. Mid-nineties they also formed the project Third Electric that released several EPs.In 1998 Bolz Bolz founded another project called Funktaxi to explore other styles of music, which turned more into kraut, pop and jazz-influenced electronic Listening. Electrocord released Funktaxi’s first CD album called Mild.At the end of the 1990s Bolz Bolz also founded his own label World Electric and started off with an EP of remixes of Music, the main track from his earlier EP on the Detroit based Label Ersatz Audio.His renowned track Take A Walk (first released on World Electric) re-released on the album “Human Race” (feis records) became a club hit in 2002. Its minimal construction and dirty analogue sounds were quite distinct at the time.There have been attempts to categorize Bolz Bolz’s releases, they once were described as "Future Retro", but his style is rather unique and constantly developing further over time. Time waits for no man, and his style is still evolving.playing „back to the future“-strictly vinyl DJ-Sets that show the colorful and huge variety of electronic music of the last 25 years, but mainly framed by electro tunes.Currently he is working on new tunes in his Berlin based Studio.His most recent release on Tiefschwarz’s Souvenir Records, his tune "Dollars, Pounds, Euro” shows his electro-roots. The release also uncovers his strong sympathy for early Funk music that he combines with tech house. For the tune "Practice Paris" he collaborated with London’s DJ and producer Rad Rice from "The Boardroom” crew who released on Klang Elektronik & Rotters Golf Club.