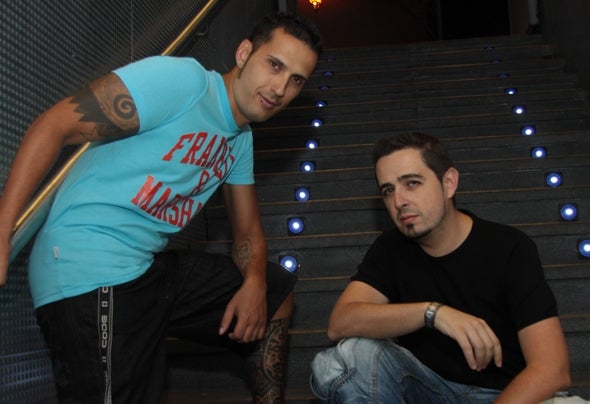 Ivan Devero and Nuke joined their forces in 2010 to create the “Kontra” project. Nuke is resident dj and director of the famous CODE parties made at Fabrik Madrid, one of the best clubs of the world. Ivan Devero has been one of the best Spanish techno producers of the last 10 years, as well as an incredibly talented dj.The first Kontra releases have been signed by such important labels like Kombination Research, MB Elektronics, Naked Lunch, Rhythm Convert, Remains, Harthouse, Globox or Amigos Recordings. They have received support of some of the biggest names of the techno scene.The energy of their tracks is the same when they play live, mixing some styles of techno, sometimes deep, sometimes percussive, but always straight to the dancefloor.