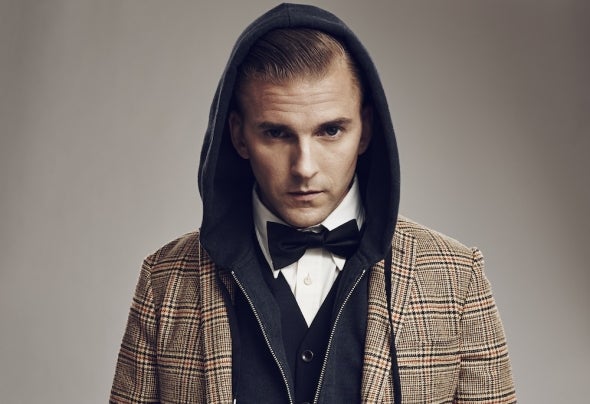 Swedish DJ/producer Style of Eye (AKA Linus Eklöw) has been melding his far-reaching influences to form a unique brand of high energy club music since 2003. Linus's signature sound has much to do with the many different types of music he absorbed growing up in Stockholm, Sweden. An artist like Stevie Wonder or 19th century classical composer Edvard Grieg was equally as important as acts like Yelllo or Krafwerk. Even Linus's engagement with drum & bass producers like DJ Hype, Zinc, Photek and Roni Size would go hand-in-hand with stacks of dusty soul and jazz records. As far back as the age of 13 Linus knew he wanted to participate in music somehow. He began to experiment with production, making "weird downtempo and trip hop" and latterly spinning drum & bass records to unsuspecting classmates at school discos aged 14. "I'm always about high-energy with a need to push things forward," says Linus, a point that's easy to believe upon hearing his work. Releases like Puss Puss, We Are Boys and Sexx on Refune Records, his Wet/Dry double header on influential French imprint Sound Pellegrino and arguably the most famous force in dance music right now, Skrillex, tapped Linus for a contribution—the aptly titled "Devastate"— to Free Treats Vol II on his OWSLA label. In addition, Linus's excellent "Homeless" track alongside Slagsmålsklubben for A-Trak's Fool's Gold was followed up last year with his debut EP on the label, "Ray Dee Oh." 2013’s ‘After Dark’ was picked up by 4th & B’way and Spinnin’ Records and enjoyed heavy support from Radio 1 including Greg James making it his ‘Record of the Week’ and is followed by ‘Kids’, his debut single on Sony Records is out worldwide December 2013. Linus is also busy behind the scenes writing and producing tracks for artists such as Icona Pop (Linus co-wrote and produced the massive international hit ‘I Love It’, which reached Number 1 in over 25 countries and number 3 in the US Billboard charts), Fenech Soler, and remixed some of the year’s biggest hits: Zedd’s ‘Clarity’, Swedish House Mafia’s Save The World, Kylie’s Timebomb and Miike Snow’s The Wave to name but a few. As plentiful as his production credits have been, we wouldn't be here now if it wasn't backed up by skills behind the decks. Linus has been a DJ of international acclaim throughout his career, gigging at major festivals and club events throughout the world. Taking the last 12 months as a microcosm, Linus has enjoyed show stopping performances at events like Swedish House Mafia’s record-breaking show at the 35,000 capacity Friends Arena in Stockholm, Pier 94 in New York, Osheaga in Montreal, EDC, TomorrowWorld and Tomorrowland, and Sunburn Festival in India. "'Music, not genres' is my motto," says Linus, simultaneously looking ahead and summarizing his career to date. "Whatever I feel is interesting at the moment will come out in what I do. I'd rather die trying to find that special place where time stands still then to safely repeat the same sounds over and over."