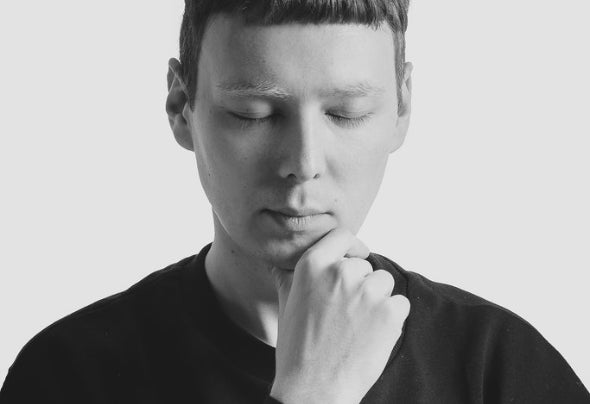 Symphocat is a musical project of Ilia Pucheglazov, a russian performer and composer who works at the intersection of electronic music, modern classical music and minimalism. His recordings combine ambient, field recordings, experimental electronics, and even elements of dance music. Ilia Symphocat works with the properties of harmonies and timbres of sound, feeling the connection of vibrations of subtle matters, the influence of creativity on the feeling of the inner and outer world. Symphocat has more than 20 releases on its own label "Simphonic Silence Inside", which has been releasing diverse electronics since 2007. Performances of this project took place in various locations in Moscow, St. Petersburg, Rostov-on-Don and other Russian cities: from events in parks, museums and philharmonic halls to large-scale underground electronic music festivals, such as Gamma, Synthposium, Signal, Fields, Acousmonium, Inversia, etc. Ilia has participated in many audiovisual projects, including collaborations with live orchestras and choirs, various art groups, dancers, and video artists. In addition, Ilia is engaged in sound design for feature films and documentaries, as well as supervises cultural initiatives for the art center "Pushkinskaya-10" and concerts of experimental music for the "Museum of Sound" (ESG-21). The music of Symphocat is imbued with a sensitive attention to the process and a special understanding of the surrounding spaces. His work reflects images of nature, technological environments, as well as sacred and meditative practices. Ilya draws inspiration from both the latest experimental research and the legacy of the avant-garde and classical composers of the past — in his works you can find references to such authors as Brian Eno, Wendy Carlos, Holger Czukay and many others.