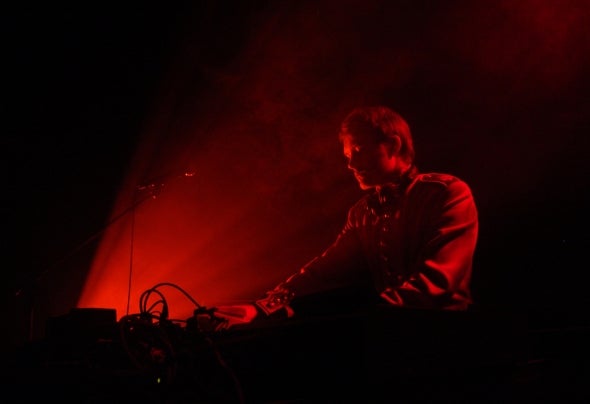 Fridfinnur Sigurdsson (Oculus) name has risen quickly and is now not only one of the leading role in Icelandic dance music scene but also getting international attention for his releases and Live sets. He first appeared on the label Communique in September2008 and he has now released 12 EPs and appeared on many more releases with his tracks and remixes on labels suchas AFU Lab,Gem Records, Open Concept Rec, Farbenfroh, Form Resonance. Oculus music is getting picked up and played out by some of the world greatest DJ/Artists such as Laurent Garnier, DJ Hell, Tiga, Alexi Delano, Nick Warren, John Selway to name a few. and his live performances are getting amazing response and are always growing as he has taken them on a international ground to some of the greatest clubs like Berghain(Berlin) and the wonderful Flex(Vienna). The performance itself is a mixture of improvisational and pre-programmed music which spans everything from deep percussive minimal to synth driven techno that is performed with samplers, drum machines, synths. cd, mixer and effects. So this is an experience that is very pleasing for the ears and eyes.