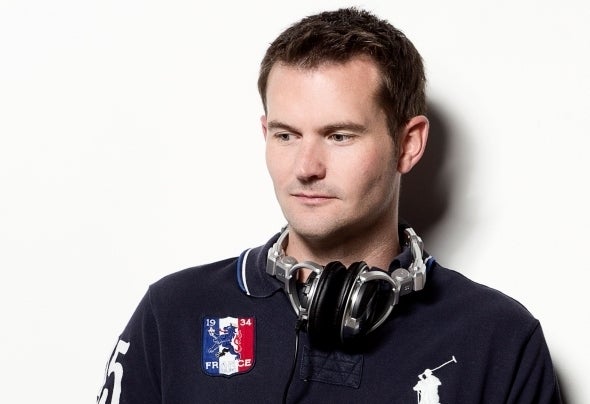 Martin LeVrie (born 1981) has been passionate about house music since he was young. He loved the genre from the moment house music became popular in the Netherlands. It became instantly clear to him that he wanted to become a DJ. Martin thought himself how to DJ after he bought two record players and many records. The record players didn’t function very well, but it didn’t matter. If they didn’t go fast enough, he would speed them up manually. When he had finally made some money with gigs, he bought his first Technics record players and a real mixer. That’s when his passion really went through the roof. Martin started way back when DJs bought their records in record stores. That was the highlight of the month for him. He spent hours in a record store in Amsterdam to select the best records. He never really had a specific preference and bought all types of house music, from groovy house to hardcore. It didn’t matter to him, as long as it was underground. Later on, Martin started producing. In his first year as a producer, he produced the track Check This Out, which was immediately noticed by the international DJ scene. DJs like Chuckie played it at Sensation 2010 in Belgium. The track was played all over the world at every major festival. Martin LeVrie publishes all his music under his own label Quality Recordings. He distributes his music all over the world, from Japan to Australia. Martin does his own management. After Check This Out, many more hardcore tracks like Banger, Drop The Beat, Laptop Junkie, Anita, Bitch, Rock The House, Venustus and Worst-Case Scenario followed. But he also made awesome groovy house tracks like Miami 2013, On My Way, Dance With Me, Deep Down and Funky. In addition to producing, Martin LeVrie plays at many national and international parties. He played together with big names like Gregor Salto, Lucien Foort, Roog, Chuckie, Hardwell and Afrojack. He performed at parties in Miami, Toronto and many other big house clubs. In 2014, Martin started collaborating with his best friend Arjan van Lierop a.k.a. The Saxophonist. Together they produced the amazing vocal house track Blow My Mind. This track absorbs every ray of sunshine and will be played at many festivals in summer 2014. These two guys will be producing a lot more tracks, so watch Martin LeVrie carefully and follow him in his mission to conquer the world!