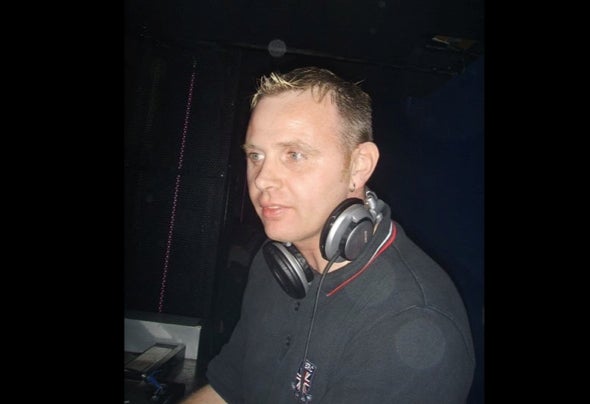 MORENO DAINESE alias SKAUCH DJ, Dj and Producer, was born on 5th October 1969, his big passion fro music begun at the age of 13, when he started to play with vynil in several parties, from school and to town parties. His real contact with the alternative disco world was in the '88, at the ANGELO ROSA disco in Padova on Thursday night (Bizzare Night of the Club). From this starting point, he begun to trace his own music style: minimal experimental. In the '93, he became resident dj in the cult disco of Ferrara, "IL GATTO E LA VOLPE", working with many international famous djs. On Sunday morning, at the "LOVE AFTER HOURS", and the afternoon resident dj at the "HOOLYWOOD" disco in Castagnaro (VR). Several nights as special guest in the most famous discos in Veneto: Shamal (Soave VR), Sporting Club (Salizzole VR), Alterego (VR), Principe Azzurro (Legnago VR), Naomi (VE), Nuovo Mondo (VR), Parhasard (PD), J&J (FE), and many others... In 2000 he became resident dj on Friday and on Saturday (in the privee) at EXPO disco in Altavilla Vicentina and on Sunday in JENKIEE sessions at Maskò disco in Rovigo. From 2002 he is resident dj on suturday night at STARGATE disco in Castagnaro (VR). Many productions came out from his studio with his partners Enrico Toffa & Franco De Fanti.