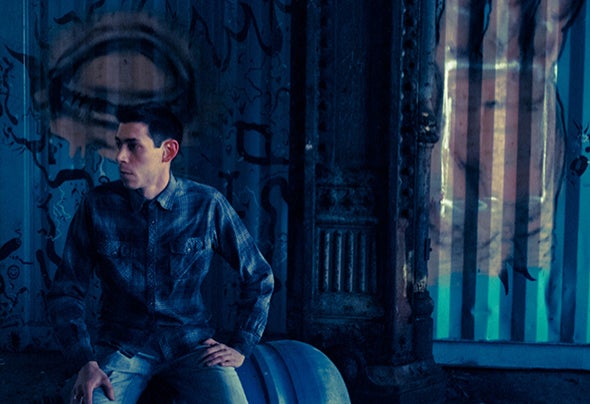 Fabrice Wilkin aka Tom Hagen has been passionate about electronic music since the age of 12. He belongs to that generation which grew up in then 90s at a time when electronic music was born. « The Sound of C » by Belgian band Confetti's (1988), a hit that revolutionised his time, was for him a true musical epiphany. Initially influence by Belgian New Beat, Fabrice broadened his musical horizons by delving into different genres of electronic music. He developed his mixing skills and his own electronic music background by listening to different music productions, from classic electro to deep techno via house, and as a result has been marked by a spectrum of inuences: Vitalic, Umek, Jan Van Biesen Dave Clarke, Filterheadz, T-Quest , Alter Ego, Sven Väth.. Fabrice was particularly taken by Alexander Kowalski's style, whose dark and powerful beats immediately attracted him and inspired his subsequent and denitive shift towards techno, within which he has since explored the breadth of the genre's 'deep' sound. Check ou this artist. He can take you on a trip to the limit of your conscience. In 2012 he founded the BlackWallRecord (BWR) label with Yannick Pollien, at which point he took on the moniker "Tom Hagen".At the beginning of 2014 he released a new EP on Ex-tract Records, a dark techno atmosphere that won't leave you indifferent. He has mixed in Brussels (DJ Set) for several years : Soho (2001), famous Belgian techno club Fuse (2002) Diamond Club (2008), Mp3 Bar (2009), Wax Club (2012 et 2013), OPA (Paris) (2013), Mr.Wong (2013), Wood (2014), Barrio Café (2014 - 2016), Festival Octenbulle (Canada) 2017, Zodiak (2017-2018) Le Vortex (2019), Le Vortex (2020) Le Vortex 2021.