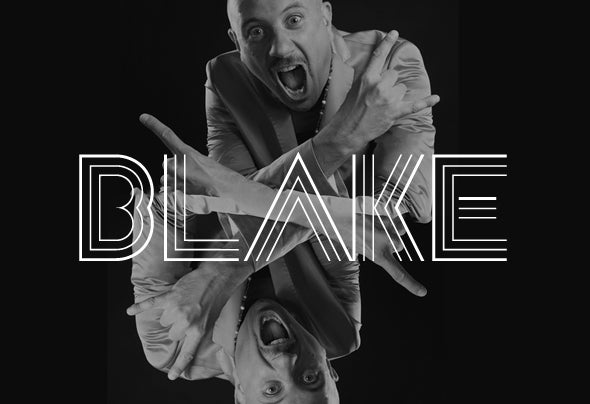 Blake is a Dj, producer, remixer and Eclectic Records founder. Part of the electronic scene since the end of the 90s he has been releasing records on vinyl and digitally for many important European dance labels before creating at his own brand Eclectic. We can find him as Blake or under different pseudonimous on records by Systematic, Azuli, Rise, Mo-Do, Serial Killer, Dak and many other. He has also collaborated with various partners such as Giorgio Giordano as Monobros on Ocean Trax and Strictly Rhythm and Zak Frost as Frogsnatcher for legendary label Afro Art.Also we need to mention Blake's long collaboration with Bini and Martini’s label Ocean Trax. He has managed a recording studio for them and has produced various remixes and some good tunes under different names like: “Softminds – Breakaway“, “Johnny Price – Diamond Geeza“, “Audio Unit – Club Dj“ and recently (finally as Blake!!) “Rock over You“, “Dirty Pitcher“, “Make Up EP“ and “The Future EP“. These records have been very succesfull and took him to be known worlwide and to be booked for gigs in many countries such as UK, China, Russia, Spain and Greece.Following this great experiences, from 2007 he has seriously taken the challenge to set up his own record company excited by the new possibilities that the web was offering. So Eclectic Records was born, a platform for all the young, original, unsual electronic producers to have a chance to enter in the music market. One of the most interesting project born at Eclectic Records has been with swedish vocalist, producer, dj and model Elle A. Blake and Elle A are now collaborating since five years, some cool singles have been released and Elle first album has been released and licensed worldwide.