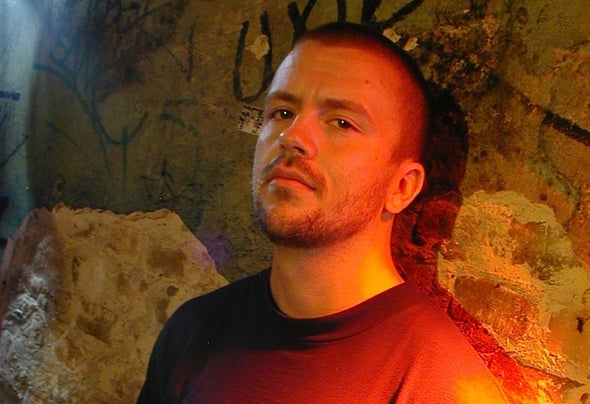 Through a friend in 1994, Liquid Sky first tried his hand at mixing records. It quickly became a hobby and even quicker became a serious addiction. Within 3 years he had been given the chance to show his talents before crowds in Berlin’s Ostgut and Tresor clubs. Since 2000 he is a regular with the Tresor Headquarters team. In an audience at a Liquid Sky gig, those with soft tastes will recognize his groovy, ass-swinging techno style. But for friends of harder musical regions, he brings out the hammer because Liquid Sky’s musical importance lays in the present and everything that can develop from this. He is fascinated by new records that, with the first spin, can create unforeseeable (hearable?) effects. These surprise effects are for him the most interesting elements of all in order to continually convince his audience with his selection and mixing technique on 3 turntables. The set is for him always in the foreground, the individual tracks in the background. In 1998 Liq uid Sky began producing music. His first accomplishments still weave in and out of his regular sets. Since then he has wandered into live performing with functional live sets in Tresor and other european clubs. As often as he can he mixes own tracks from CD into his sets, continually testing the results.... In 2002 the Headquarters team delivered a superb compilation on Tresor Records (Tresor.197) on which Liquid Sky published two tracks. In 2006 Liquid Sky created his own record label Filtered Visions, which merits full attention from the techno establishment.