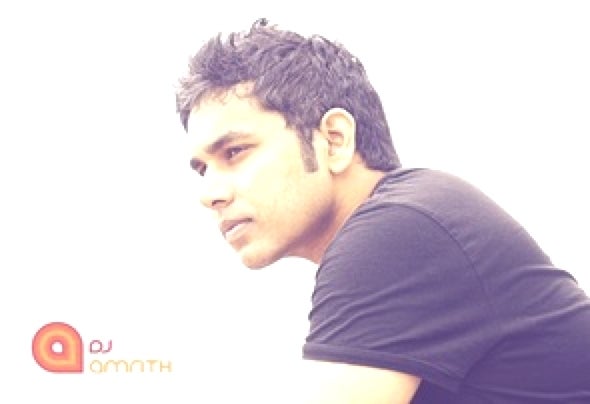 He is known for his unique production work and his crisp style of DJing, both of which carry his trademark dramatic and almost movie like flow, making listeners and clubbers not just dance to the music but feel involved in the process. An experience they remember and are always eager to revisit. Amrith was born in Chennai, spent most of his childhood in Oman and has now been a part of Chennai's nightlife and entertainment industry for well over a decade; during which he has hosted numerous parties and played in the best clubs and lounge bars the city has to offer. He has also held the position of a resident DJ and audio consultant at one of the city's most esteemed lounge bars - Blend, Taj Group of Hotels. Amrith comes from a strong technical background in the pro- audio field. In 2006, he spent time in Australia completing his Bachelors in Recording Arts and his Honors Research work in music business. In 2008, he was offered a lecturer's position to conduct 'Electronic Music Production' classes in one of the world largest audio institutes - SAE. Over the last decade Amrith has molded himself into a producer, audio engineer, lyricist and a DJ, steadily crafting himself into all the core aspects of audio and technology. With some solid release in the first half of 2012 and many more scheduled to follow, Amrith's credentials and influence in the global dance music arena as a producer and performer is set to follow a steady rise. Music Orientation: Minimal – Tech-House - Progressive