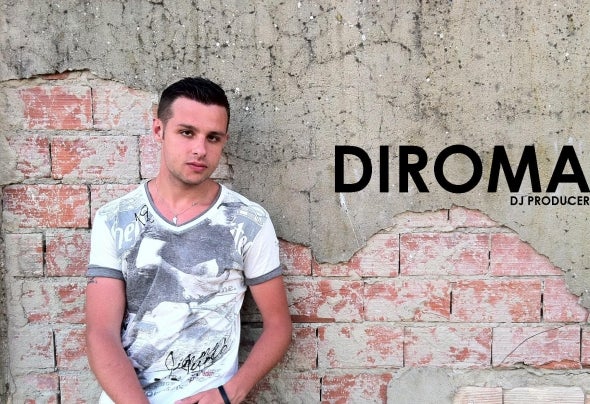 Umberto Diroma aka DIROMA born in Monopoli in June 1988. Lives in Fasano, at the age of 13 he moved to Sybaris, where he began his DJ career. After the experience of Calabria in 2003, is proposed to perform as a resident DJ at a club in Austria. At 16 he performed in various clubs starting to become known in the ambient techno. At 18 years he produced his first single from the name Fabula, never published. In 2006 Crash on evenings and music production feeling bored by the sound of those years, but in May of 2010 returns with the second production titled Bon Bon. For a while has had no record label and worked his way with the 'self- production and sponsorship of social networks.The best of his productions are offered several times in 2012 where it reaches the TOP 100 BEATPORT. Notes are its notches as Minimal Joy (FLAT BELLY RECORDINGS), F ** k (FLAT BELLY RECORDINGS), Il viaggio (STRANAMENTE MUSIC) Play this music (BERLIN Aufnahmen ViP).