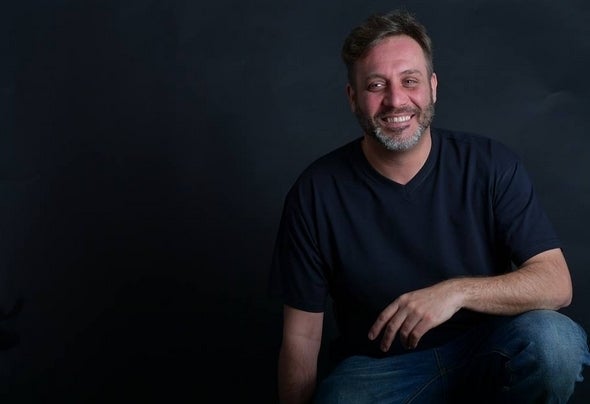 Alex Raimondi was born in 1975. At the age of 12 his passion for Clasch, AC DC began to raise and it started to love funk music. In 1988 he seriously started to play at Piranha's consolle, club located in Novara. In 1993 started his first discographical experiences at Digital Boy studios, where he signs his first vynil with Pegoraron and Marco Biondi. In 1996 Mediarec of Bortolotti was born and the first "travel" to progressive music started. This was the year of many hits; among his experiences it is necessary to remind The featuring with Mauro Picotto, Paolo Sandrini, Luca Lauri, Dj Professor, Mario Più. Among his remix we can underline the importance of Cappella, MP8, Dj Pierre and one track for "Le Voyage" compilation. As the time goes by, Alex studied to become sound technician and in the latest years worked with Anthony Baker, singer of the Dancefloor, Vivian B from Da Blitz, Steph B from Piazzon. In 2000 print on label Ma music the vynil Real Love, single track that entered the american charts, in 2003 Peace with Shana J was selected for many compilation, like Super hit Dance Explosion for Sony Music, Dance or Die, Elektro Vibrationa, Pump the house and many more. Alex worked face to face with Mousse T, Deep Dish, Stylophonic, Eric Prydz, Michael Gray.