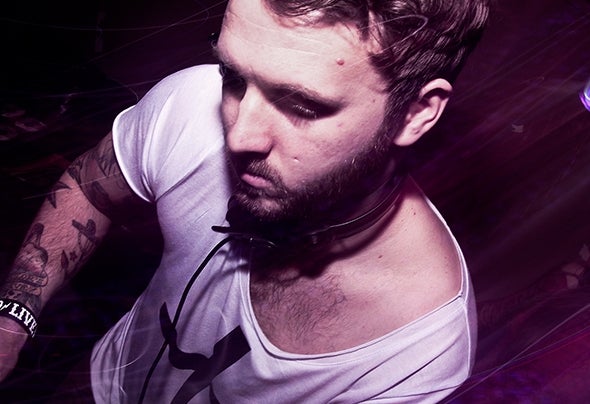 Reece first found his love of House music at nights such as Subliminal Sessions, Hed Kandi, and local Sheffield House night, Pin-Up at The Fez Club. It was seeing DJ’s such as DJ Touché, M.A.N.D.Y. Nic Fanciulli and X-Press 2 where he first realised that he wanted to be that person behind the decks playing music to the people dancing in front. From that point Reece started building his vinyl collection looking for that elusive first break.In September 2003 Reece visited the closing parties in Ibiza. It was visits to DC10, Cocoon at Amnesia and ‘We Love’ Sundays @ Space where he discovered a darker more underground side of House and Techno to add to his already impressive DJ’ing styles. With influences from Sven Vath, Ricardo Villalobos, Mathew Jonson, Phonique and Tiefschwarz, Reece had discovered his sound and gained many gigs in and around Sheffield.After a short break from the DJ’ing scene, Reece decided to set up his own night with the aid of a couple of close friends. In July 2011, “DE:BUG” was born holding monthly ‘Day Raves’ and night parties where he has hosted and DJ’d alongside some of the DJ’s he looks up to today, such as Jordan Peak, Adam Shelton, Eats Everything, DJ W!LD, Huxley, Dyed Soundorom and Laura Jones to name a few. DE:BUG is going from strength to strength, with each party bigger than the last, who knows what’s in store for DE:BUG next?Reece has also started working on his own music productions and these have been receiving rave reviews from many well known DJ’s. His main influences from which he draws for his tracks are Jordan Peak, Kerri Chandler and Bicep with influences from labels such as My Love is Underground, Vibes and Pepper, Robsoul and Chicago Trax. 2012 saw the arrival of Reece's first commercial release"This Time" on Discotech Records as well as remixes and his debut EP ‘First’ on Trakside Audio. With more remix and original work under-way for various other labels, things are definitely on the up for this talented young producer.