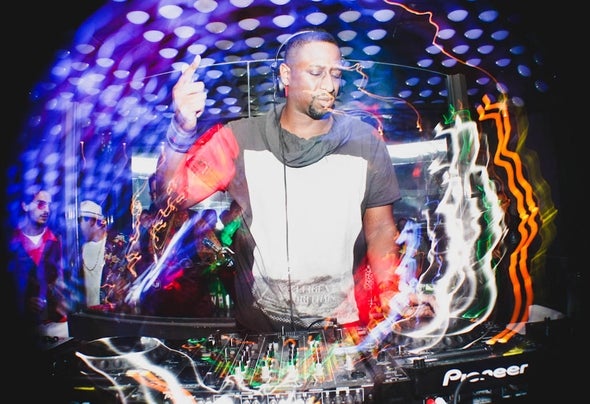 Elijah Collins Since starting his Elijah Collins project he has been making a lot of noise in the scene with a string of very successful tracks, edits and remixes smashing a variety of styles including Tech House Nu Disco, Electro Boogie, Deep House and some that are inspired by so many different concepts that they are difficult to label…. so we just call it badass house! It started with Mullet Records who were quick to sign the first of his music and since that union Elijah’s been racking up multiple top ten sales on all of the major dance music sale sites with his tracks ‘Love’s Down’ (co-written with Nist) reaching No3 in the beatport Nu-Disco chart and staying in the top ten for an unprecedented 5 months and his track “I Used To Feel Alright’ (co-written with Tee-J) reaching No1 in the beatport Funk chart. It was even got charted and played by super rock legend Lenny Kravitz! Can you imagine those after parties?! His productions quickly gained high acclaim among artists that he’s always revered and he soon found him self gaining respect and support from heavyweight artists from all across the genre spectrum such as Maceo Plex, Droog, Solomun, Jeff K, Amine Edge Aeroplane, Monarchy, Luciano and many more. The remix requests soon followed and in no time there were a string of his remixes tearing up dance floors all over the word. His most noticeable remix to date is an official mix of Steve “Silk” Hurley’s No1 global hit Jack Your Body; arguably one of the most influential records in house music history. As a veteran DJ of 15 years plus Elijah leaves a trail of very successful gigs behind him both at home and abroad where he has never failed to wow a crowd and create a dance floor frenzy that has to be seen to believed. He is constantly supporting huge acts like Greg Wilson, Anja Schneider, Norman Jay and Todd Terje on his way to musical success and his thirst for smashing dance floors is bordering on isane! So much has happened in so little time that we can’t wait to see what the future holds. So listen keenly! Further info: http://soundcloud.com/elijahcollins http://www.residentadvisor.net/dj/elijahcollins http://www.facebook.com/pages/Elijah-Collins/219686671379722