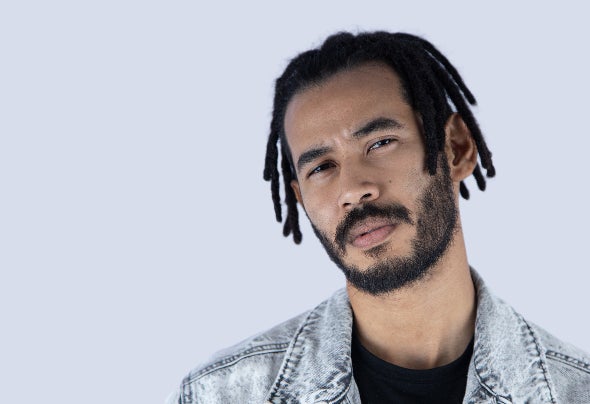 Diego Quintero is a DJ Producer from Cali, Colombia - the undisputed world's Salsa capital. He began his career as a DJ in 2007 and presented his first work as a producer in 2009 under DJ Wady's Miami-based Bedroom Muzik label. His signature sound (Latin and Tribal Tech House) is deeply influenced by Afro-Caribbean rhythms, assembled to light up any dance floor. He has performed live in clubs and festivals in 18 countries with his musical projects. As a DJ, he plots carefully curated mixes to keep the dance floor on fire as you dance your night away. In 2010 he settled in France, where he continued his engineering studies and explored the electronic scene. In 2012, Diego Quintero released the EP "Flashback" with Miguel Bastida under Definitive Recordings, founded by John Acquaviva and Richie Hawtin. The latter was the first artist of international stature to support his music in 2009, playing the track "Phobia," produced in conjunction with Jonathan Jaramillo, which reached the charts of different electronic music stores. In the same year, Diego Quintero released the track "Funky People" under UMEK's 1605 label, considered a reference for Techno and Tech House worldwide, and collaborates with other artists such as Harvy Valencia and DJ Fronter. In 2013, Dubfire joined the list of international artists to support his work by playing his collaboration with Greg Slaiher called "Grand Mendez" at the Detroit Electronic Music Festival known as Movement. Until now, Diego Quintero participated in events in eighteen different countries, and the support for his music continues to grow. He collaborated on official remixes for George Privatti, Adoo, Alex Young, The Deepshakerz, and Konstantin Yoodza, as well as originals with DJ Fronter, Miguel Bastida, Harvy Valencia. His music has been played by the likes of Richie Hawtin, Dubfire, Roger Sanchez, John Acquaviva Popof, DJ Sneak, Slam, Olivier Giacomotto, Spartaque, among others.