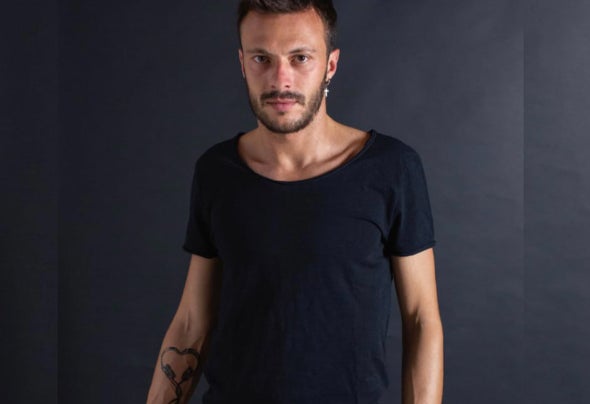 Mark Row, class 85 ', renowned DJ & Sicilian producer. Already from his first performances his way of involving the public through his style and his strong passion for music was appreciated; this in a short time leads him to perform in several clubs and festivals on the island such as Miamidisco (Catania), "Il Capannone" (Catania), "Mosquito" (Catania), "The-End" (Catania), Vola- "Future Space "(Catania), Sobha (Catania)," Zero "club (Sg.)," One Day Music "(Catania)," Arena San Lorenzo "(Marzamemi)," Itaparica " (Ragusa)," MA "(Catania) "Taitù" and "Marabù Disco Naxos", starting with this last one to open the summer season 2007, where Marco, playing with charisma and impeccable and original style, manages to involve people from all over Sicily. He has acted as support for several international artists such as Matt Tolfrey, Ralf, Books Shade, Tedd Patterson, Riva Starr, Erik Morillo, Richie Hawtin, Marco Carola, Carl Cox and many others. Excited by the desire to produce music, he debuts with his album "Raw till core" on the Swiss AQU Music label of "Mike Tamburini", which allows him to perform in the splendid beach of Rimini for the AQU Music Night. Driven by a perennial passion for music, Marco, tends to create increasingly original and innovative projects, hoping to dent the music market and become part of it as a reference point for its supporters.