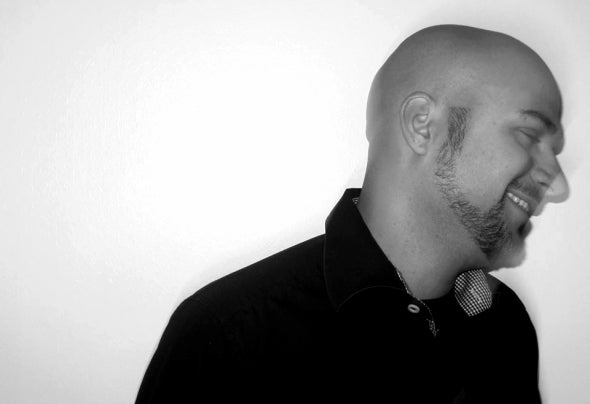 Born in 1983 (Recife-Brazil) Luiz Arthur Danzi "Lui Danzi" is a Miami based DJ, with a distinct style he brings some hot and unique beats to his SET's playing all genres of the undreground of the House Music, full of House Classics and Vocals he makes almost impossible for the dancefloor not to 'dance to his beats'. He started His career as a DJ whit 22 years in the United States playing at some of the Hottest Private and Pool Parties in South Beach and also had the opportunity to play in some of the Biggets Clubs in South Florida such as the old Nocturnal (HEART), Discotekka, Mekka, Gryphon, Passion, Oasis, EXIT 66 and Living Room . After living many years in Europe (Spain, Portugal and England) He had the opportunity to grown and learn as a DJ/Producer and also had the chance to spin in renowned Clubs such as EGG (LONDON-England) and Lagar's (BRAGA-Portugal). In his journey in the United States and Europe He had the chance to share the decks with some of the most respected Artists in the industry such as Danny Tenaglia, Todd Terry, Coyu, Pirupa, Carlos Manaca, Marco Bayle, DJ Vibe, Steve Parker, Chus & Ceballos, Andhim and many others, along more than 10 years in the business. Living in the Bahamas for almost an year he got his first residence at one of Freeport's best Club/Lounge "NEPTUNES". As a producer he released tracks under few Miami Local Labels, such as MUR (Miami Underground Records) & Southside Records!!!In the end of 2017 he decided to launch His own imprint "phOda Records", which will be releasing its first EP along side the 2018 WMC/MMW vibes!!!Check Lui and phOda pages:Lui Danzi(soundcloud): https://soundcloud.com/djluidanzi (mixcloud): https://www.mixcloud.com/djluidanzi/ (Facebook): https://www.facebook.com/luidanzifanpage/ (Instagram): https://www.instagram.com/luidanzi/phOda Records(soundcloud): https://soundcloud.com/user-702246619 (mixcloud): https://www.mixcloud.com/phodarecords/ (Facebook): https://www.facebook.com/phodarecords/