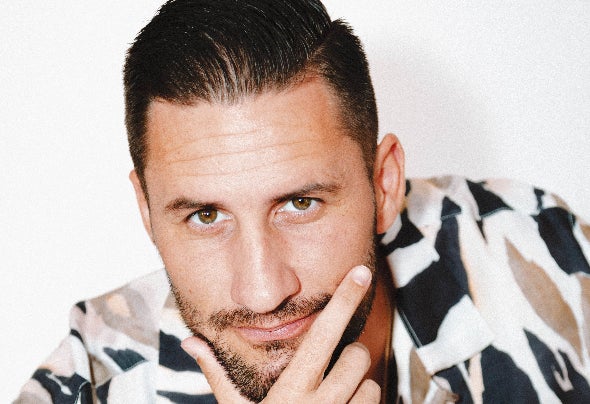 Rozegarden is the stage name of Los Angeles-based, San Diego-bred producer and DJ Cameron Rosales. A nod to the Spanish translation of his last name (“garden of roses”), he fittingly serves up lush, colorful beats layered with passionate vocals in his productions and DJ sets. In 2021, Rozegarden’s releases have already been making an impact in California and across the pond. The infectious, late-night groover “All Night Long,” released on InLove Records, climbed to #3 on Beatport’s Minimal/Deep Tech chart, and “There Was You,” produced alongside frequent collaborator Twinflame, was featured on Data Transmission and selected by Ministry of Sound for their Ibiza 2021 Spotify playlist. These and earlier releases like “Better With You” on Amplified Records “That Feelin” on Top Shelf Disco Records are equally suited to a Mediterranean beach bar at sunset, or the pulsating lights and sounds of a proper club night. Rozegarden’s warm kicks and moody basslines can get bodies moving and feet shuffling on any dancefloor, and industry mainstays like Sam Divine, Dombresky and Sammy Porter have taken notice. His tunes have appeared in their sets, as well as those of selectors like Chicks Luv Us, Jess Bays and the team at Kiss FM UK. He’s been tapped to support some of today’s most sought-after acts, including DJ Tennis, DJ Pierre, Ardalan and Maceoplex. It’s no surprise, as his multidimensional and dreamy house sound is balanced by his infectiously sunny persona, combining to draw house heads and night movers to such venues as San Diego’s Bang Bang and Spin Nightclub, and Sound Nightclub in LA. 2021 will see Rozegarden spinning in booths, on boats, rooftops and more across California and beyond. Like his namesake flower, Rozegarden’s sound is timeless. With his forthcoming releases in the months to come, he’s set to draw countless new fans to the Garden of Groove.