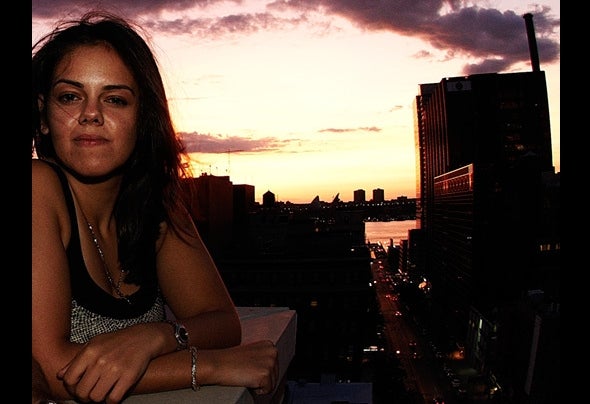 “DJ/producer Rissa Garcia is NightChild Records label boss and has an understanding of the beats that sets her apart from the crowd. Rissa Garcia offers a sound that is perfectly aligned with the high grade electronic beat that exemplifies the classy side of house music. NightChild Sessions are pure quality and geared for true houselovers. The vibe is warm and friendly, never straying too far into the deepness and always skirting around the underground funk that makes her sets suchadelight."-Shayne Mann excerpts from DeeperVibes.netBorn and raised in what was once considered the mecca of house music, New York City, Rissa Garcia caught the music bug at a very early age. Ever since she could remember there was music playing in her head. She grew up listening to all sorts of rhythms from Latin to jazz, R&B to soul, from house to rock, disco and funk. Years later she made her way into the club scene but it wasn't so much about the music until early 2000. In 2000, she discovered a club called Vinyl with a DJ named Danny Tenaglia. Rissa fell in love with the venue, but so much more in love with the music. "My soul just seemed to come alive & it completely engulfed me. From the lights to the vibe to the dark walls & sexiness in the air, this is exactly what I have been searching for. This was my Paradise Garage."Inspired by the man who poured his heart & soul into his music, along with many others who do the same, she began to collect records and learn how to DJ. Her first gig back in 2004 was at a small lounge on NYC's Lower East Side where she received rave reviews. Since then Rissa has been lucky enough to have played some of the best venues in NYC, such as Cielo, Love, Pacha, Rebel & Public Assembly and more. She currently runs her own imprint, NightChild Records, & has released over sixty EP's from producers across the globe.