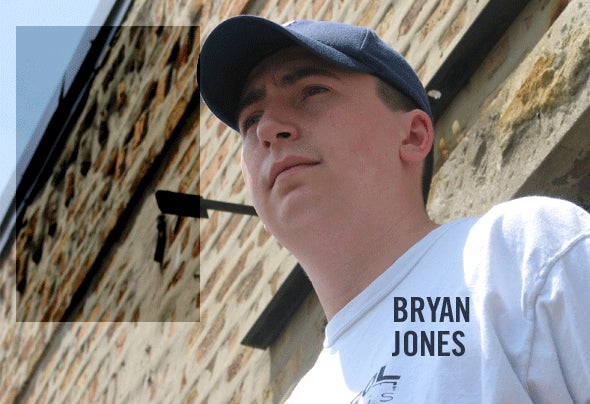 Bryan Jones – Chicago, IL - USA Bryan Jones is currently one of Chicago's busiest and highest selling house producers releasing over 100 of his songs on labels all over the world dating back to 2002. His songs (solo and with High Caliber) have been played by the biggest djs in the world like Derrick Carter, Mark Farina, DJ Dan, Bad Boy Bill, DJ Sneak, Judge Jules, DJ Heather, Paul Van Dyke, Pete Tong, Felix The Housecat, and many, many more. His songs have also been licensed to Ministry Of Sound, Clubstar, Playboy (for a video game and cd), OM Records, Hypnotiq liquor company, and many more.. Bryan’s remix of Kaskade’s song “Stars Align” just came out on America’s biggest dance label, Ultra Records. The song is from Kaskade’s newest full length album, “Love Mysterious”. Bryan stays busy running his two labels Control and Ringside and is most recently known for his 2006 hit single "Chicago Jack" which was licensed to OM Records multiple times on cd and vinyl and will be coming out again with remixes in 2007. In the last year Bryan has also been on a heavy touring schedule by playing gigs in Australia, Russia, Bulgaria, Belgium, Canada, and the Netherlands. Right now Bryan is taking dates to celebrate his debut full length cd album on legendary New York house label, i! records. He will be doing some extensive touring to help promote and already has stops lined up for Australia, UK, Mexico, South Africa, and Canada. The tour is presented by i! records and Viva Agency and Viva will be handling the bookings.