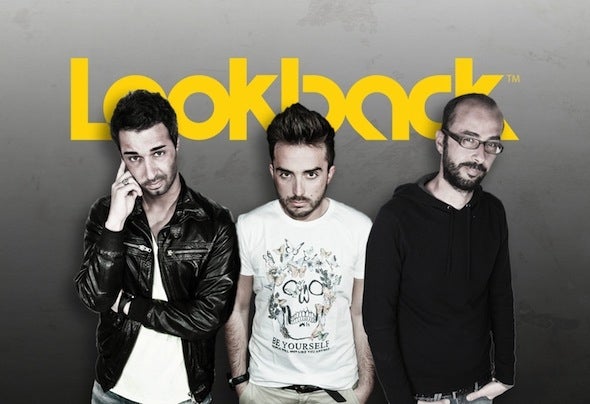 LOOKBACK is a project born during summer 2010, from a team of 3 italian djs/producers: Mattias, G80’s and Giga The first hit single was 'Suonasse', a track that quickly reached the top ten in Beatport Chart, even though the sample is in italian, and it has been played and playlisted by international djs such as Dj Bob Sinclar, Chuckie, Tocadisco, Jesse Voorn, Olav Basoski and other..The follow up has been 'Musika', released in April 2011, which reached the Beatport Overall top ten, and kept the position for more than 6 weeks. This track has been licensed worldwide, and was tracklisted in different compilations such as Amnesia Ibiza 2011, In Bed With Space, Street Parade 2011 and many more. There is also a second release of Musika which includes remixes from Stefano Noferini and Pink Fluid. There is an unofficial version of 'Rabiosa' by Shakira remixed by Lookback that can be found around the web which participated the remix contest and reached more than 8000 likes on the official Shakira's website, and that is played by many djs all around the world. In the late 2011 Lookback released the hit single 'Sudo', that was #1 on beatport House Chart for a month and #3 on iTunes Electronic Chart. Sudo is played all around the world by many radio stations and djs such as John Dahlback, Dave Aude, Till West, Jesse Voorn, Pink Fluid and many others. The beginning of 2012 was marked by the release ‘Karma’ , a Dancefloor killer produced by Lookback in collaboration with Nari & Milani (under the pseudonym of Dill Diya). They are actually working on their next singles and remixes, stay tuned for next incredible releases!