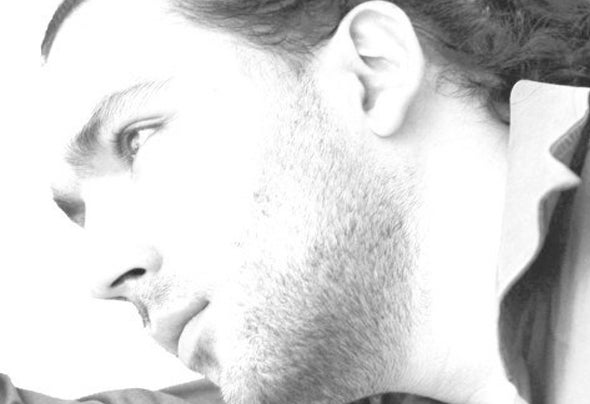 De Vox dj , producer and remixer was born in july 27, 1984. Started singin in 1998 with his first single composed by himself in a festival where he won third place. Participating in different activities and bands grew up his performance in live music and different instrument performances , such as piano and battery , till 2004 when he started playing as a dj in a small club in his town. People were amazed by his performance of mixing and as a moderator , than he started doing mc during his live performances as dj. This , than, made him the most popular dj in town , and also some singles he produced during that time and many features with Young Zerka (Donald Najtellari ) ,one of the most requested mcís and singers in Korce also Albania , songs like ìShining Like A Starî and ìWe Fly Awayî a feature with a touch of violin by Belinda Violins. Till 2009 De Vox has surprised people and clubs with his performance as dj and vocalist in different events in the best clubs in Albania , Mai Tai club , Muza Park club , Mojito club , Bliss , Rozafa club , Venue club , etc . In that time he signed with ìSky Musicî an artist management studio ,settled in Belgrade / Serbia ,which was very interested in his performances and participated in different events of djís. Than in 2010 De Vox signed his first release with Housevisions Records one of the biggest labels of house music in Wienn Austria , also in same time participated in ìItalo Dance Festivalî where was placed as one of the best djís in Albania . From than starting in august 15 came his first release in world wide , all digital stores named ìSummer Ep (part 1)î where were included three instrumental tracks , ìAcordeon of loveî , ìCarnavalís dayî and ìSummer beatî with a big success all over the world , also his remix of ìlove goes around the worldî by Eric Tyrell feat. Lana Gordon which was placed in top 10 in different radio stations. Than came his second ep ìSummer Ep (part 2)î with 3 other tracks in vocal house including ìWe Fly Away ì feat. Young Zerka & Belinda Violins , ìShining like a starî feat. Young Zerka and ìLosing Controlî feat Helen. Which has a very big impression to people and brought out the hit of summer "We Fly Away", after this release many and many remixes for many other producers came one by one, people liked his style , a style with old school and new trance elements mixed in house music with a touch of live instruments in all tracks. Than from September 2010 came his first feature with Oscar Prieto ìThe Blaxî saxophonist from Spain in the new edited track with a touch of sax ìLosing Controlî feat. Helen and after this another track released in November 2010 ìSax Symphonyî feat Oscar Prieto. Radio stations and clubs all over the world were interested in De Voxís tracks and mixes , because of his style . 2011 is the year of the new contracts with Housevisions Records where now he is a definitive producer of this label . Producing and remixing for different artists all over the world and being at top of the lists and chart for remixes like "Purple Blaze" , "Amor Bonito" etc, shows his level of profesionality and also interests from clubs and radio stations . Also interests came even from other labes world wide who included De Voxís tracks in many compilations of house music , labels as ìRecovery Houseî , ìPenta Recordsî , ìSantrincha Musicî etc. 2011 in all digital stores can be found all tracks and remixes from De Vox , summer ep (part 1 and 2) , "losing control" , "sax symphony" , "deep emotions" , "Bring it again" and many many more also upcoming .