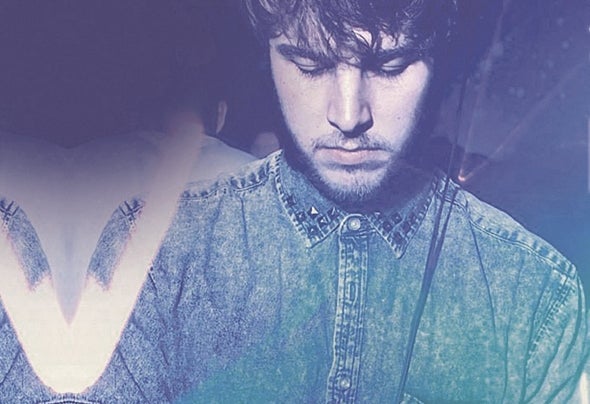 If it’s House Music you love, you would be very interested inmeeting ‘Steve Fryer’. Notorious for his innovativeproductions,track selection, hardworking, creativeness behind the decksand his variety of infused House/Deep/Tech/Techno/Basssounds, makes him one of the most versatile DJ andProducerupon the music scene.DJing across the Globe, in countries/cities such as Spain,Ibiza, France, Lyon, Tigne, Andorra, Arinsal, Cyprus, AiyaNapa, America, New York, Croatia, Zagreb, Lebanon,Greece, Zante, Bulgaria, Sunny Beach, Not forgetting acrossthe UK, and Hometown Birmingham, Steve Fryer has acreated a great reputation for himself, including a solidfollowing Globally.Going back in time, Steve was brought up surrounding avariety of eclectic sounds. Soul, 70’s, 80’s, R&B, Indie, andElectro House was always blasting upon his iPod or StereoSpeaker. His love for music could even be expressed by thecassettes he used to record each and every Sunday forhours upon end, waiting for each individual track to start andstop as he presses the Record Button on and off trying tonot capture the Radio Hosts Voice.After a few years of passion for music, he managed to saveup enough to buy himself a Pioneer Mixer & 2 Decks. Thisis where he found his true talent within the industry, after afew aliases, he launched himself as ‘Steve Fryer’ inSeptember 2011, A Self-taught Birmingham DJ.In August 2012, from his passion for the Industry, helaunched his own brand ‘K/SS (Keep It Sexy &Sophisticated) Birmingham, Which has already won ‘Best ofBroad Street Awards’, ‘Best Night Out’.Through self-motivation ‘Steve’ decided to take his love andpassion for music a step further and started to produce hisown music towards the back end of 2012. His first EPRelease seen Track: ‘Steve Fryer – Close [Blacksoul Music](June 2013)’ hit number 3 within the Traxsource DeepHouse Charts. Nicely waking up the industry with his first EP release,‘Steve Fryer’ then released his 3rd track ‘Steve Fryer –Good Stuff’ in October 2013, rapidly becoming a GlobalSuccess, firmly establishing ‘Steve Fryer’ as a musical forceto be reckoned with. Signed to Blacksoul Music, the production featured upon the MoS Hed Kandi: T he Mix 2014Compilation, alongside productions from the likes of MK,Dusky, Shadow Child, Route 94, Friend Within and manymore, all supporting his music.Early 2014 seen ‘Steve Fryer’ gain the attention of Pioneer& Legend of House; ‘Kevin Saunderson’. Supporting &Playing ‘Steve Fryer – Satisfied’ in his sets at WMC Miami.Shortly after WMC, further Artists started to support ‘Steves’Music, especially ‘Ovum & Black Butter Records’Artist; ‘M AN I K’, which lead onto a nice collaboration and an EPtogether.Further productions have been signed to Hed Kandi,Blacksoul Music, Domino Effect, Discopolis, Zulu Records,Mjuzieek/Conkrete Digital & ApartmentSixtyThree. All Charttopping hits upon the Underground Music Scene, uponwebsites such as, Traxsource, Beatport, Juno Downloadand Track It Down.The future looks infinite for ‘Steve Fryer’ with his passionand aspiration for success, his diary is impressively fillingup for 2014. Expect to see more from this Young TalentedDJ and Producer, including some exciting collaborations tobe revealed throughout 2014.