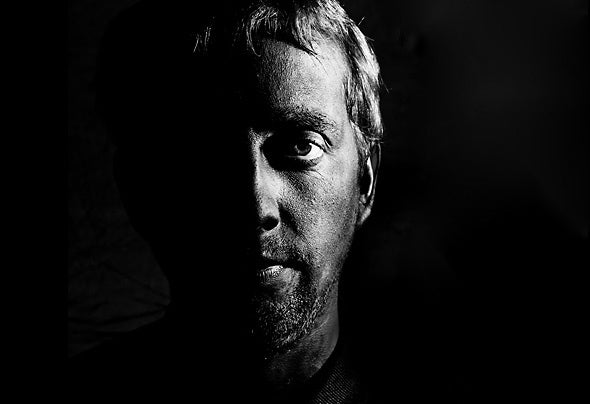 DJ Subgate started his career in 2001. To begin with he concentrated on a dynamic and uncompromising techno sound. Thanks to his talent, in a relatively short period of time he made a name for himself in northern Bohemia where he became resident of the now legendary Liquid club.In 2003 he was taken on by the active Dynamic Line agency, known their prestigious summer festival Shotgun Euro with its original concept.In2004 Subgate was again a step ahead – with his box of records he travelled to play large and small clubs throughout the Czech Republic, guested on a number of radio shows and became co-organiser of the Shotgun Euro fes tival.In 2005 he moved over to the Encore booking agency and this year became important is Subgate’s musical evolution.Thanks to his flexibility he began appearing on the line-up for both minimal and techno events in Czech republic.In 2007 he started his resident night Creative partiy. The same year he received an offer to play at a series of events from Vodafone at the Karlovy Vary International Film festival, where he performed with Lexy & K Paul and X-Press 2.. His name appeared on the line-up for successful afterparties following world-reknowned mega-parties such as Transmission and Sensation White at Prague’s Retro Music Hall.2008 was again for Subgate a year full of changes and important milestones. He took his record box over to distant Sri Lanka where he played at numerous beach parties. Once more his sound underwent some important changes taking in anything from minimal and tech-house to techno with elements of electro.. He based himself in the capital city of Prague where he performed at prestigious clubs like Roxy, Mecca, Vertigo or Retro Music Hall.2009 has also been a ground breaking year. He has been booked for top Czech festivals Cosmic Trip, Summer of Love, High Jump and Openfloor where played the most famous dj ́s and live acts from whole world and taken on to the roster of the Beefphunk agency, who hosted their premier event at Prague’s Radost FX club. His residency Creative moved location to the lucrative Chapeau Rouge club and he received an offer of another residency at legendary Czech afterclub Studio 54, which he duly accepted. Apart from occassional gigs abroad he has also be intensively working on his own musical production.In 2010 he performed for the 2nd time in Swiss and he took his record box to Costa Rica where he played in Day&Night beach club and Rapsodia lounge in San Jose. He is a part of the prestigous party at wellknown clubs in the capital as Roxy, Mecca, Chapeau rouge and many others.Year 2011 was for Subgate succefull again. He performed in the most famous club in Costarica called Vertigo, he went with his bag to Slovakia and his name appeared on the line- ups of famous festivals in Czech republic like Mácháč, High Jump or Cinda Open Air. In this year he released his first EP called Just Dance on Spanish label Harkee.In 2012 he produced another three releases on labels like One Way and FS rec. He peformed on cool events like Svojšice Festival, Elektra with Umek, Cinda Open Air, Christmas party or Mácháč festival again. He visited Palais club in Germany and peformed on cool event in Slovakia called Club reverse. From October he’s a part of Touster Production team, he promotes special events under this brand and he’s working as a manager of Touster Production Ableton School, new label called Touster Recordings.The Beginning of 2013 was amazing. Subgate performed on the famous event called Citadela in Brno where he played on one stage with electronic legends like Anthony Rother, Uto Karem, Anja Schneider or Johannes Heil. He also enjoyed cool gigs with international stars like Sebastian Leger, Stefano Noferini, Karrote or Oliver Klein. He released another EP called Penumbra on British UNT Rec. and another releases will come out soon.