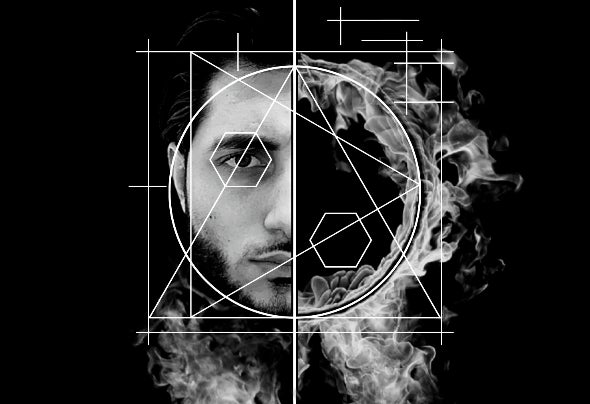 Gabriele Papasidero, aka Paxtech, class '98, is an Italian techno dj and producer, Rome based. He started his journey in 2017, when moved the first pass into the clubs of the Eternal City. When he was young, dad's influence for good music was really strong, in fact at home they went from Depeche Mode to Kraftwerk, till arrive to Pink Floyd (and many others) everyday. We've to remember that his father was a DJ and it's clear that was also surrounded by dance and progressive music of old school Roman artists. After participating in many nights in SpazioNovecento as a clubber, he decided to create a character, under the name of ''Paxtech'', and in 2018 he officially becomes a DJ. In the beginning he played in some clubs for private events, but in 2019 his journey takes a good course, in fact he becomes one of the resident DJs of Substance Techno Essence, one of the important techno events organization in the city, and After! Under300, the best afterparty. So he has performed in some of the best clubs in Rome, such as Rashomon, Ex Cartiera, Ex Magazzini, Under300 (etc ..), and with artists like Spektre, Frankyeffe, Cleric, Setaoc Mass, Lewis Fautzi, Carl Craig, Klaudia Gawlas and Fernanda Martins (etc..). In 2018 he also starts to make tracks and he develops a really acid and aggressive sound; after 1 year, due to numerous quality research tests, he decides to send the first track: in the end of 2019 he released the start track, who is a single in collaboration. Then his sound changes a lot, from an acid and hypnotic beginning, comes to be melodic, ethereal and dreamy (but at the same time aggressive and particular) because he likes a lot cosmic and melodic techno tracks by the main artists of the international scene. He loves that mood, and in constantly research of quality, decides to improve his sound and music skills, to be able to make really massive stuff, so he released on important Italian and foreign labels. Moreover he studies to become a mastering engineer.