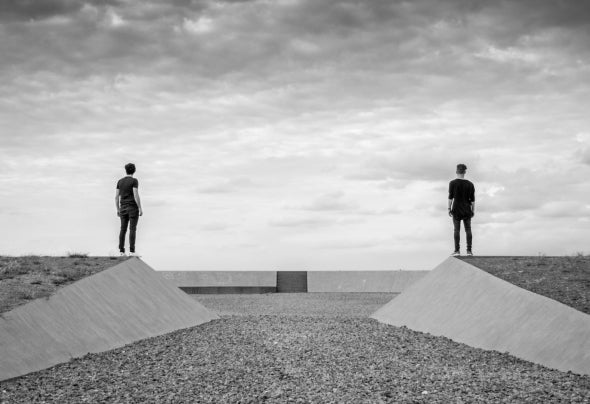 Live-duo SHDDR (Shudder) is the combined force of two artists, both withholding a sweet resume in the former Belgian underground scene. Since they have joined forces since 2012, they have made it their life's work on bringing an elaborated signature sound which is based on intense techno and up-paced acid sounds. Last but not least, they have the championed skill to mold all of their tracks and beats together in a harmonic live-set. They already have showcased their live-act at Extrema Outdoor, KNTXT by Charlotte De Witte, FloorFiller Festival, Aftrsun Festival and clubs like Labyrinth, Ampere & Vaag. Release-wise, SHDDR landed their debut EP on MTZ Noir Records medio 2017. In 2018 they landed a double EP on Cherry Moon Records and in april 2019 they will release on Cosmic Boys' label Legend. On top of that, no one other than Goldfox gave their tracks national airplay on Studio Brussels' Playground radioshow. Promos: SHDDR@live.be Bookings: bookings@blacklightdistrict.be