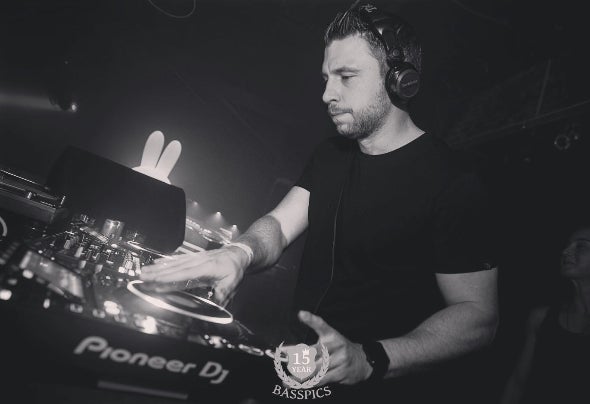 Born near Brussels and raised in Aalst, Dimitri fell in love with music early on. The interest in house –and techno music grew since the start of going out to small venues and raves at the age of 16. Soon he visited one of the mayor Belgian clubs, Cherry Moon, there everything changed. Impressed by the "the club, the people, the music" he quickly fell in love with 'The House of House' and that love for the club would not change until this day. Even after the final closing of Cherry Moon he kept on following the Cherry Moon artists –and sound all over Belgium. During this period he started mixing himself, playing the music he loved from his homebase. Since a while ago he is an official resident and one of the driving forces behind the Cherry Moon events, manages the techno imprint Cherry Moon Records and tours with them all over Belgium whilst also playing on numerous techno events.