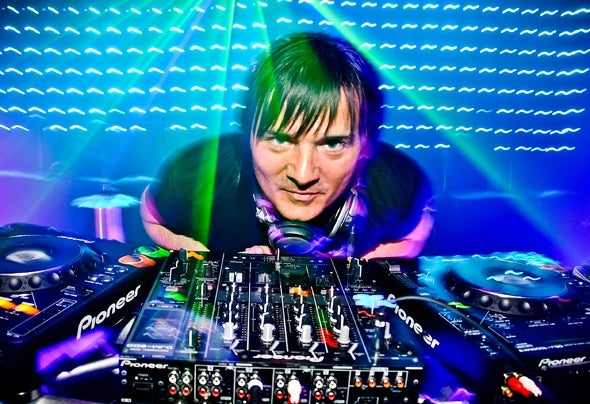 The international DJ Luca Antolini has been at the forefront of the hard trance scene for the past 15 years, both in the spotlight & also behind the scenes. As a producer, Luca has countless hits under his belt. Luca Antolini is one of the very few DJs in the world who has produced more than 800 dance tracks.A true lover of trance music, Luca Antolini has ventured successfully in other styles under various aliases such as Dyor & T he Navigator. His reputation as well as his own unique style are well-established within the dance scene & extend worldwide, with the likes of Paul Van Dyk, Tiësto, Armin Van Buuren, Markus Schulz, Ferry Corsten, Above& Beyond, Judge Jules, Marco V, Lisa Lashes, BK, Organ Donors, Nick the Kid, to name but a few, often dropping his tracks during their sets, with many artists regularly seeking the 'Luca Antolini' brand of remixes.Luca also features in numerous radio shows, both offline, with Kutski recently playing Luca's tracks on his sets on the BBC Radio 1 guest mix, as well as online, on various programmes across the globe such as Di.fm, M2o, Gearbox and Hardculture.Luca frequently packs his suitcase to play at prestigious clubs and Festivals all over the globe such as Riot! (UK), Hard Candy & Masif (Australia); Eden, Amnesia & Space (Ibiza); Qbase, Defqon & Decibel (Germany & the Netherlands) & also at events in France, Russia & Scotland.A genuine globetrotter, Luca Antolini has played all over the world!