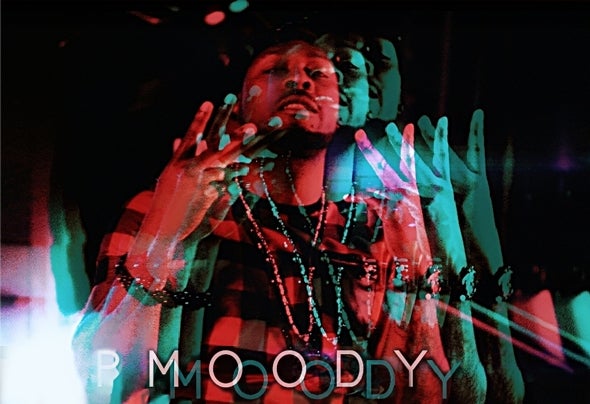 Mostly known for pure, underground rapmusic and club hiphop music. Which had him sharing the stage with the likes of 50 Cent, G-unit, Montel Jordan, Redman, Snoop Dog, Usher, TQ, Sean Paul, Method Man, Mohombi, Horace Brown, Petey Pablo and The Loonies to name a few.Since then, has had many single and project releases like the hit song “Just Like Me”, plus blessed countless mixtapes with his talents as a MC alongside some of the biggest artists in hip hop. From 2007 until 2012 P.Moody has been touring/performing worldwide, building his brand and connecting with his fans all over the globe.In 2011 Moody started to broaden his musical pallet by listening to electronic/dance music and dj's such as Swedish House Mafia, Deadmau5, David Guetta and many others. Which resulted in severalvery commercially successful EDM releases, of which one of the last collaboration with Italobrothers and Floorfilla called “One Heart”, reached over 5 million youtube views until now and still counting.The song reached top 10 positions in several itunes charts and peaked on 57 in the official French single top 100.Even though P.Moody has his sights set on becoming one of the biggest all round musicians in the world, he will always be hip hop and that can be heard on his mixtape offering “World Wide”. This song is taken from his 2012 mixtape Revenge of the fallen. A piece of work on which Moody delivers a fantastic glimpse into his world, that takes the listener through a whirlwind of emotion.At the moment Moody is in the process of recording his first solo album “Get Familiar” and on his mixtape “Before I was rich” . But to keep the hungry fans, that are feening for that P.Moody pure and straight-up rapmusic fed, he delivers the incredible clubbanger “Bitches and Bottles”. Whether it’s hiphop or electro P.Moody has a great future in front of him andfans will agree that this is just the beginning of a great musical journey.For more information: http://www.pmoodyonline.com