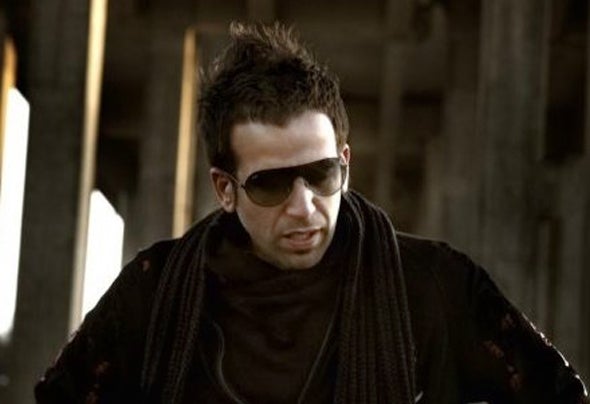 As one of the most talented producers in Europe and around the world, Ronen Dahan is set to take electronic music out of the limitations of the global underground, where he has been a worldwide success for the past decade, joining forces with some of the biggest names in the urban scene, while introducing undiscovered talents. With ten successful electronic albums released and distributed worldwide under different aliases, several world tours, and his uncontrollable ability to keep several thousands of people dancing for hours, his signature sound of dirty sounds and sexy bass is getting a lot of attention, where it was kept a club-land secret.Ronen Dahan is currently on his world-wide tour, promoting & performing the latest’s releases hit’s of “High Tunes” EP, “Sound of Life” EP, “Time” EP” as well the big success of several tracks such as: “What is Limit” (with Juses Lus & Twice Nice), “Horizon” (with Juses Lus), “Ensom RMX” (for Medina), “Get Over You” (with Darren Bailie ft. Fragma). With that big list Ronen Dahan has been releasing them in high-top labels around the world such: “At:tack Music”, “Tiger Records”, “The Voice Recordings”, “FM Music”, “Baroque Records”, “Plusquam Records” and many more. Dahan still makes time between performing and working in his state of the art studio in Malmo, Sweden to produce cutting edge tracks, crossing over to the dance and pop scene around the world and producing for/with big names such as: Jesus Luz, Twice Nice, Irad Brant, Darren Bailie (Guro Jush Project), Cutfather, September the Swedish Star and the Danish sweetheart Medina and many more...His mission is to share the love connection to the electronic music to bring everyone together. Call it Electro / Tekk-House, Hard House, whatever you want, but one thing is for sure, it is the sound that will define 2012. And as one of the hardest working and most dedicated producers in the electronic music scene, continually pushing his own limitations of creative success, you can expect great things to happen in Dahan’s career.Ronen Dahan is also the owner of “The Voice Recordings” a mega huge Electro –House record label from Malmo, Sweden. The label comes with remarkable releases to the finest artists in the Electronic Dance Music scene and promising to never stop and to bring you the most promising, passionate and original new music while helping to develop and showcase up and coming new artists from around the world.