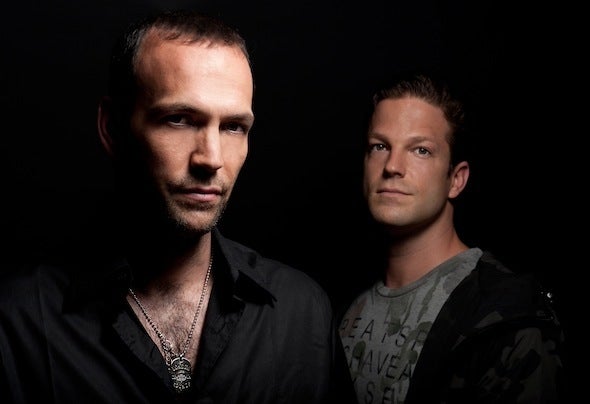 With tracks at the top of global charts, Global Deejays unique sound setting international standards and their DJ sets moving the masses worldwide, Global Deejays are among the innovation-pushing, style-creating elite of the worldwide dance / house / electronic scene. The US / Dutch / Austrian project has brothers DJ Taylor and DJ Flow on board - two of the planet’s most wanted producers, remixers and DJs.Legendary track "The Sound Of San Francisco" was the 2005 breakthrough of Global Deejays. An innovative combination of progressive dance elements and typical sound of the 60s, it broke all dance and billboard charts worldwide and was showered in awards, the MTV award being one. The track left permanent marks in the way remixers are being produced today. It’s a classic and a milestone on collective consciousness’s path. More profound hits followed with "Flashdance", "Stars On 45" or the Queen remix "Don’t Stop Me Now". In coop with Technotronic, their track "Get Up" boosted them over the Atlantic, being a #1 hit in the North American billboard dance charts. At the same time, with their remix of Zelenoglazoe Taxi, they topped every dance, billboard and radio chart in Russia. With danish dance diva Ida Corr and a new stilistic approach, "My Friend" became a #1 hit in the UK dance charts. "Bring It Back" with Niels van Gogh is currently on rotation."Always try new ways, and make club pleasing tracks that keep our unique sound." That’s DJ Flow’s and DJ Taylor’s simple strategy in co-architecturing our contemporary dance and remix landscapes. While their sound may constantly evolve, there’s a unifying "forward factor" in their productions, with energetic beats and pounding bass lines as typical trademarks.Global Deejays have been all over the planet during the past years. There’s hardly a nation they haven’t played or a club they haven’t melted down. "You have to keep in touch with the dancefloor, that’s where we get our energy and motivation for our studio work", says DJ Taylor, who’s always with one foot in the club with his brother. "When we’re on, we’re totally on. We play and party out of our hearts. People feel that we’re with them."