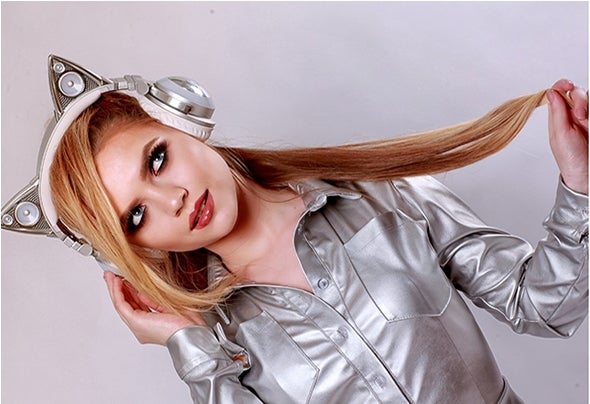 Romanian Girl DJ – DJ LAYLA started making waves in music industry and hit the charts in 2009 with her first single “Single Lady” produced by the project creators Radu Sirbu & Sianna who co-wrote the track, next to Rassada Music label. “Single Lady” (in featuring with Dee-Dee) has become a massive world-hit and quickly climbed the charts of biggest radios in Russia, Romania and Moldova, becoming no. 1 in a very short time and held this position for a few weeks.In the next few months the song “Single lady” was launched on the biggest radio stations across Europe, becoming no. 4 in World Music Chart / Euro top. Later that same year, the track won the “Most airplayed songs 2009” at Radio România Actualităţi Awards and was nominated on RMA (Romanian Music Awards) in the category “Best new entry” and on RTH (Romanian Top Hits) in the category ” Best Featuring”. The track become a big success in countries like Romania, Moldova, Ukraine, Poland, Bulgaria, Sweden, Czech Republic, Germany, Italy and of course Russia. In Russia, in most important music charts, “Single Lady” has become no. 1 in a very short time and held the position for 12 weeks..Dj Layla has reached the top of her field with a well-regarded major festival bookings and music releases like “City Of Sleeping Hearts”, “I Don’t Wanna Loose You”, “Drive”, “Born to Fly”, “I’m your angel”, “Party Boy”, “Without Your Love”, “Searching 4 love”, “Kill Me Or Kiss Me”, “I Need LOVE”, “Don’t Blame my Heart, “In Your Eyes” , “Ocean Of Lies” or “Don’t Go” in featuring with amazing vocalists like Dee-Dee, Radu Sirbu, Sianna, Armina Rosi, Lorina, Nestea, Mihai Popistasu or Malina Tanase.