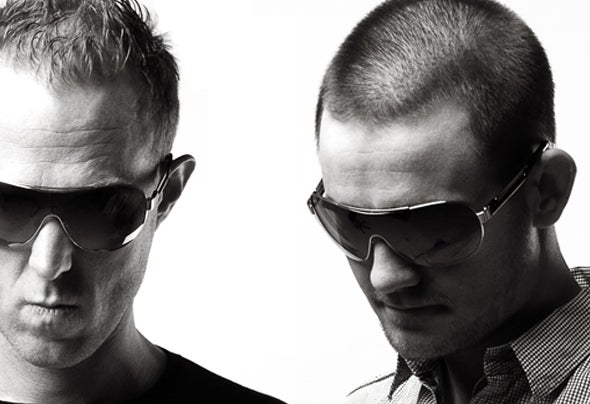 Two Hamburg based DJs started to brighten up the international scene. These guys go by the name of POINT BLANK.Oliver West and Denito dropped their smashing debut single "Walking on Air" in the summer of2011 on the worldwide known and respected British label Ministry of Sound.Played by global players like Tiesto, Paul van Dyk, Markus Schulz, Niels van Gogh, Jesse Voorn,Wippenberg, Jørgensen and many more, POINT BLANK got massive support worldwide.The project might be new, the masterminds behind it are not. These guys have been around the worldand back smashing the right tunes at countless events from the US-westcoast to New York and fromIbiza to the Fareast. This producer-duo combines more than 15 years of club experiences. They arefamiliar with international stages as well as nightlong studio sessions.Whether on nationwide tour with worldstars like the Black Eyed Peas, on stage of great festivals inthe western states or on award shows like the TMFs in Belgium and the Netherlands, the twoprotagonists can already look back on an amazing career. Denito has already charted around the world with his earlier projects. Top Ten Hits in the UK,Germany, Netherlands, Ireland and countless more chart performances in a lot of countries built hisroad to success. The same time his companion Oliver West travelled around as one of the mostbooked DJs to every region in germany. No nation will be save in the future when it comes to theseguys.Even before the two men formed the duo POINT BLANK, the nice guys from the north of Germanyhave already sold more than 100.000 CDs. Denito even won the most desired and famous TMFaward, one of the most important dutch music awards, as "best international newcomer" twice andwas also nominated for the German "Echo award” in 2003. Oliver West and Denito met in a well-known club in northern Germany and soon the two music-loversfound out that they are on the same page when it comes to music. They worked together on variousprojects the past years until in 2011 they started their most ambitious and successful project so far:POINT BLANK."A strong team needs a strong partner", says Denito and his partner Oliver West adds "It's anindescribable feeling to have a new record deal in your pocket after such a long time of work in thestudio." The two-meter guy remembers being signed to Tim Renner’s Motor Music, a former label ofUniversal Music having a contract over 2 albums, various singles and videos a few years ago.POINT BLANK benefits not only from longtime experience of the two protagonists, but also "we totallycomplement each other" says songwriter Denito, who produced various artists and also got a highquality studio in the heart of Hamburg City, Germany.