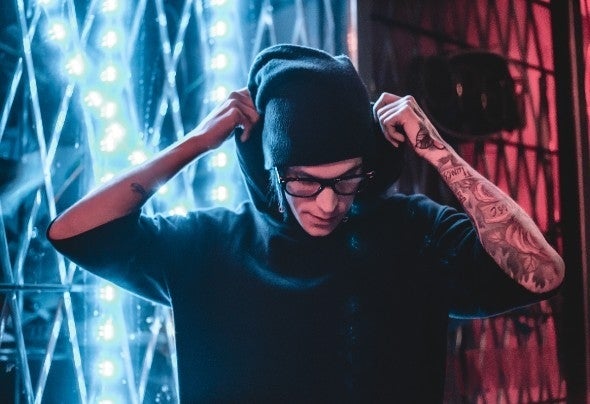 With over 20 million streams to his name, INF1N1TE has established himself as a promising up and coming artist in the dubstep scene and taken his project from his home of Calgary, Canada, to all around the globe. On top of 10 singles throughout 2019, INF1N1TE saw the release of his "Enemy EP" on Steve Aoki's highly acclaimed Dim Mak Records as well as lling the roles of support on both Spag Heddy's "Noodle Neck Tour," and Herobust's "Busted Takeover" tour. Smashing dates across North America throughout the year, he also made his China debut while performaning at Ningbo's 'ASL' Festival. With a full release schedule set for 2020 and new tour dates stacking up, INF1N1TE will continue perfecting his already vast knowledge and profound ability in his work.