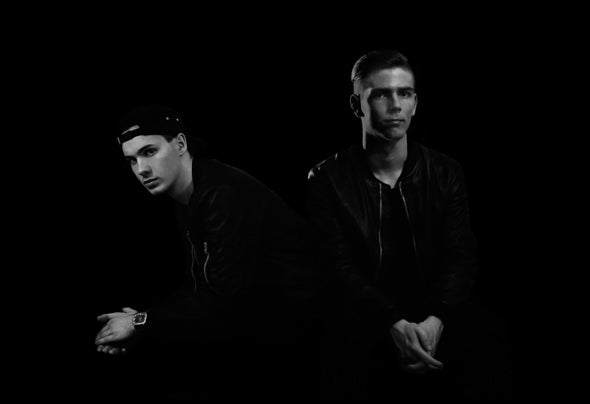 Hailing from Hungary, Massive Vibes are bringing the freshest sounds, the most promising qualities and some truly massive vibes of the new generation. Upon their first encounter at high school, members Adam Akos & Daniel Bodi, who shared the passion of both DJ-ing and producing, bonded instantly, which escalated to the formulation of their duo. Although, in the beginning they were experimenting with various genres, Adam & Daniel have eventually ended up settling for the sake of house music and its sub-genres. Despite the fact that the young Hungarians have entered the world electronic music only a few years ago, they have already taken important steps to becoming key players in the electronic music game. Since their first release in 2010, the duo has gained recognition from industry pioneers, such as Chuckie, Inpetto, Nari & Milani, Daddy's Groove, Mikkas, Project 46, Toby Green or Mark Mendes. In 2012, the group released its very first EP entitled LUX, which earned them great feedback and the opportunity to present their own radioshow on Radio FG USA. As of February 2013 Massive Vibes are signed to London-based 3PIK Management.