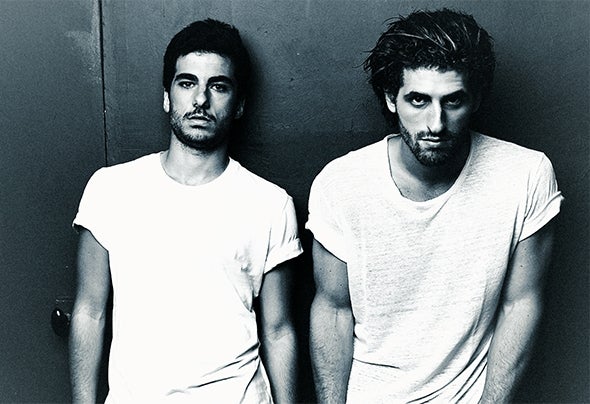 At a time of constant thunder for the ranks of EDM, Jidax have let their spotless arsenal of peak time crowd pleasers do all the talking. Coined as the French phenomenon courtesy of their consistent releases and taken under the wing of superstar DJ turned mentor Steve Aoki, support from Tiesto, Afrojack and Thomas Gold alike has heralded that for all their youthful exuberance, the young Parisian duo has set a new precedent in the audacity modern electro can breath into the equation of modern dance music. As two childhood friends immersed in the collaborative potential of their personal musical ambitions, their quest to ascend the industry ladder through an unprecedented understanding of DJ culture has seen them overhaul the lazy bootleg movement for a precisely hallmarked spree peak time club fuel. Recognized in the vivid yet powerful transitions from industry breakthrough “Resistencia” and subsequent remix duties for Steve Aoki’s “Come With Me”, a little love for their national heritage and a has not harmed their attempts to scope a sure-fire agenda for festival-proof anthems with a strong melodic backbone. Already holding the ranks of Dim Mak, Ultra Music and Pinkstar Records alike, Jidax has reveled in the versatile yet adrenaline-fuelled energy that their studio work continues to embody. Translating seamlessly onto the ever expanding spectrum of live dance music, landmark slots at Tomorrowland, EDC, Sonar Off and a host of the globes finest nightspots has seen their invigorating studio style has set them in motion towards stalwart status on the international club and festival circuit alike. Where balance continues to challenge these opposite ends of the industry, these longstanding peers have found an all-encompassing formula for music that translates under any circumstance, and in turn have relished in the lions share of enthusiasm from a generation addicted to the sound of cutting edge floor fuel. But amid their peak time overhaul, the French duo has shown no fear in opening their talents to the wider industry spectrum. Their Salamanders concept will see the Parisian pundits embrace a world outside of their comfort zone, offering a snapshot of the exotically charged underground skyline and further emphasizing the dexterity that their passionate disposition has let loose upon the European circuit. Having kicked off 2014 with the subsequent banger “Paint The World”, the year ahead signals game changing velocity for the duos global appeal. With huge studio maneuvers, vast live landmarks and yet further leaps towards their debut album for 2015, Jidax remains one of the most positively charged forces to emerge from the French skyline on wings of undeniable talent.