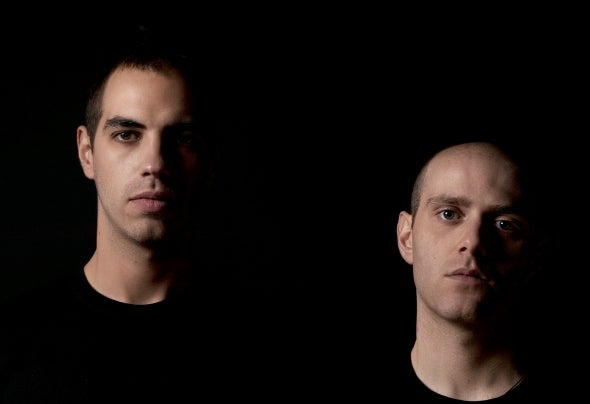 NHB can be considered one the of best recent revelation in the techno scene, where they found a place thanks to along experience that lies in the late rave underground movement of the 90's.NHB's philosophy has always been linked with the use of real synthesizers and drums machines, blending an underground background with a more soft and commercial taste, making their sound unmistakable and really hard to place inside common styles. Both sound engineers, the two producers have shown the skills to move around different genres, always maintaining an amazing quality of production. With a huge catalogue of releases, they are continuously arriving to the highest rankings of the Beatport’s charts, gaining the support of many top djs and releasing on important labels like Toolroom, the Toronto based Play Records, owned from Deadmau5 and Mellefresh, Amazing Records from Minicoolboyz, Analytic trail from techno legend Markantonio, among many others. From one year the collaborate permanently with the star duo MiniCoolBoyz .Numerous hits such us Shoreline, Hundred times, Dante’s View, Placebo have been played and supported from some of the biggest techno dj worldwide, like LEN FAKI, JOSEPH CAPRIAT I, NICOLE MOUDABER and many more, making people dance in some of the most important festivals and clubs in the world.Their super live skills brought them in many international clubs all around the globe, performing also in leading festivals such as the huge "Kazantip (Ukraine)".Owner of two labels such as “Audio Elite”, and the new born “OVER” (Managed in collaboration with MiniCoolBoyz), they are slowly moving at the centre of the techno scene, not only delivering a big amount of superb releases, but also discovering new talents every year.During the last 2013 NHB has reached the Top 10 on beatport’s techno chart three times with the singles “Shoreline”, “Hundred Times” and “Dante’s view”. Many gigs worldwide and three vinyls, one in collaboration with the techno legend Marco Bailey, have closed an amazing year ...NHB is definitely one of the upcoming stars in the world of clubbing, and 2014 will bring new light on one of the most promising talent in the underground scene