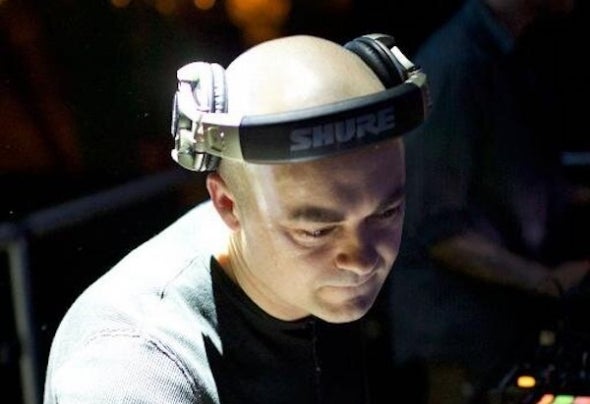 Once a radio broadcaster in a local radio station that unfortunately met its end, Eddie’s desire for a career in music was insatiable. He sought out different channels to satisfy his musical curiosity. He relocated to London where he enrolls on Audio Engineer Diploma at SAE (School Of Audio Engineering – London), re ning his production skills. In March 2000, while studying, he does a trial for a DJ position at the fast growing Chorion, bar & club division (later renamed Urbium, today Novus Leisure) and only a few weeks later he grabs his first London residency at the company’s agship Tiger Tiger on the infamous West End. For 8 years he maintained his residency and continues to guest DJ at many other hot nightclubs such as Sugar Reef, Red Cube, The Loop, Wax, On anon, Maya ... and many others. With a huge collection of music dating back to 70’s and 80’s disco, the ability to mix a wide range of different music genres in one set and a wealth of experience at many different venues, over the past 15 years he has developed an adaptable and eclectic style that incorporates exceptional technical ability and flair. Today he is recognized by the way he reads and reacts with the dance oor in-between fusing records together, his unique ability to be able to step into the shoes of the customer and his all round technical ability making the dance oor rock with his creative set without being afraid to be different, has proven to deliver eye popping evenings of fun at some of London’s most successful and well known clubs. He regularly plays at student parties, London events, as well as his current resident circuit Fridays @ Abacus (Cornhill – London), Thursdays, Saturdays & Sundays @ Zoo Bar & Club (Leicester Square – London). Eddie sees DJing as a privilege more than job, to do something you love for a living and have a passion for is just wonderful.