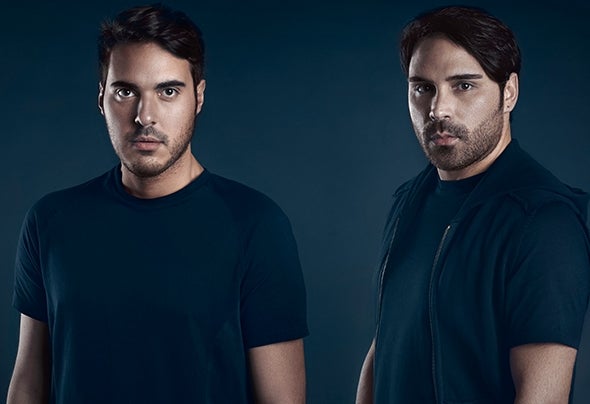 In 2015 the Portuguese duo captured the interest of thousands of fans when performing on the MainStage of the biggest Europe Beach Party! Their huge performances on renowned dance festivals and their show at Meo Arena, the largest concert venue in Portugal, side by side with industry giants, such as Axwell & Ingrosso (Swedish House Mafia), made this year exceptional and boost Club Banditz to an international career.Labeled as one of the best duos of Portuguese DJs, they reaped the fruits of the work sown by the partnership with Monster Products, the ultra-brand that transformed the musical universe with Monster Beats by Dr Dre. With all the stakes on them, Club Banditz became the only artists to be sponsored by the famous brand in 2016. With this support, and after shining in the most important festival in Central America, The Day After Festival, they stepped for the first time a major MainStage in the USA, in the Sun City Music Festival. In the same year, they signed with the famous editor Universal Music USA and produced their first hit "Open Your Eyes", reaching millions of streams! In 2016 they also released the pop song "Impossible", achieving the second position in the Portuguese charts, being in top 20 of “SiriusXM” (major radio of the USA), in Los 40 Principales in Panama and Mexico, among others.In the middle of the year they participated for the first time in the major Portuguese festival, MEO SUDOESTE, with a performance in apotheosis in the Mainstage.2017 begins with the production of his own show, "The Banditz Show", in his hometown, Coimbra, which saw its Commerce Square filled up with thousands of people going wild, recreating the spirit and excitement of a dance festival. This year is also marked by their return to the US, more specifically to Dallas, being present in Something Wonderful Festival (one of the major festivals of the country).