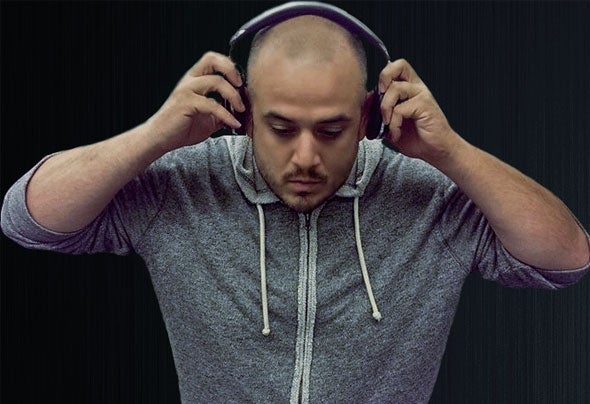 Steve Omen, born in the heart of Los Angeles on the 18th of November 1978 under the sign of Scorpio Steve Omen was exposed at a very early age to break beat techno and house music. At 14 he began attending large and small festivals first being Circa 1992. From the moment he was exposed to this culture and its music the EDM virus spread quickly through his veins. Steve Omen began purchasing records and tapes from the local record stores on Melrose Ave in Los Angeles and Pure Acid Mixed Tapes to fulfill the hunger for electronic music. It wasn’t long before he found the genre Hardcore Techno. Being so young, full of hormones and an endless amount of energy he couldn’t help falling head over heels for this genre. As two years past and countless hours of practicing and listening to his idols DJ Tron (R.I.P.), Delta 9, Nicky Fingers(R.I.P.) and DJ Paul. He was given his first big break at large iconic event JOURNEY 98. This is where he shared the stage with Digital Boy, and the Destroyer both hailing from Italy’s DBOY Records. From this day forward he was known as the Los Angeles Hardcore Disciple. Sadly to say the last large event he was a part of and performed at was on the 29TH of May 1999 Urban Phenomenon at the Los Angeles Sports Arena. Artist in attendance 808 State, Atomic Babies, Kenny Larkin, Derrick May, Kevin Saunderson, Felix Da Housecat, Doc Martin , Brand Nubian, RUN DMC, X-Ecutioners, DJ Spooky, Mixmaster Mike, Mark Luv, Pascal, Darren J, Shy fX, Heretic, Raymond Roker, Machete, On Point, Geoff Da'Chef, Omen, MC Rage & Placid K, Ron D Core. Do to the fact of his whole record collection and equipment was stolen. Steve Omen would go on a hiatus for 6 years. The year is 2006 and a chance meeting with a local promoter turned DJ C10 (Christian Teran) changed everything for our Disciple. After his 6 year break focusing on a career in the technology sector. Steve Omen was exposed to the Phenomenon known as electro house / progressive house. Since 2006, Steve Omen has been back on track spinning at the hottest clubs in Los Angeles, Orange County , Hollywood and all over California. Steve Omen is now seen as emerging Producer/Remixer/DJ with a classic driving beat, and aggressive mixing technique. Since 1996, he has brought his vigorous style and enthusiastic stage presence to events throughout North America and all of Southern California. To date Steve Omen has worked with and DJed along side Bassjackers, Tritonal, CocoDrills, System Rec. Paul Oakenfold, Susy Del Vecchio, Lisa Pure, Boris, Dean Mason, Sean Ray, Esteban Garcia (MTV Germany) DMORSE and many others. Steve Omen has released original productions and remixes worldwide.