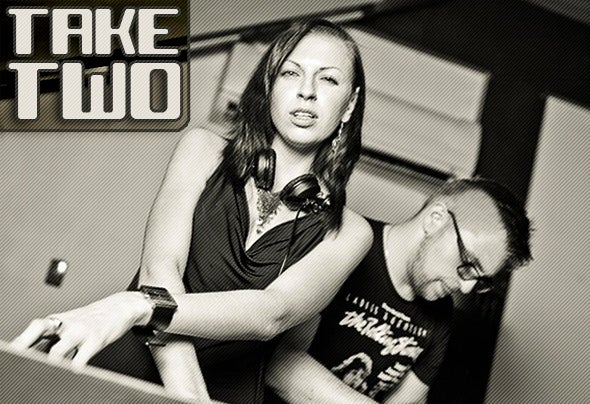 TAKE TWO is an original band formed in 2010 as a DJ duo, and since 2012 it was converted into a deep/tech house band, with its own vision of music, specific sound, based on the exclusive sounddesign with a variety of high-end synthesizers from 70's and early 80's and non-standard approaches.We are out of trend, we have no idols, and compose what we want in eclectic of deep, tech and tribal house music. We work as remixers with a number of well- known russian artists, especially with Victoria Ray (V.Ray).Our band consists of two people - arranger, sounddesigner, graduate engineer, collector of "vintage" analog synthesizers Alexander 'Skyrim' Erokhin and vocalist, graduate engineer, well-known Moscow DJ - Jane 'Integra' Izmaylova, and a number of session musicians, composers and technicians.