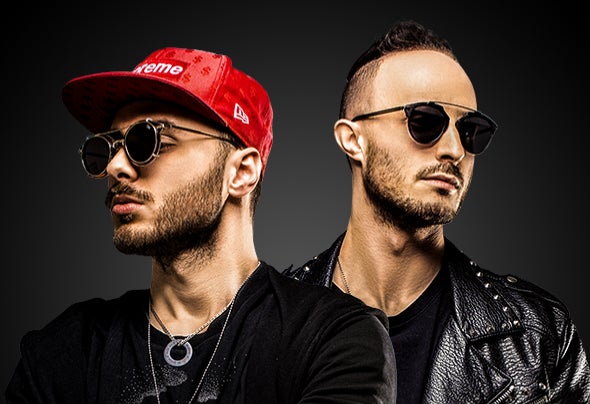 The merging of two young Italian guys, Michael Gadani and Alberto Tavanti gives life to what is called NGD Project, which stands for “New Generation Djs”. This being their decision to name themselves, it’s not a coincidence that DJ MAG called them “The New Generation That Grows”. With several releases on some of the world’s biggest labels such as Revealed Recordings, Universal Music, Ministry Of Sound and Kontor Records to name a few, and the ability to leave their mark for dozens of times in the various world’s charts, thanks to their polyhedric production style from Big Room to Trance, to Electro House and Hard Dance, Mike and Alberto are currently considered among the most promising talents in the global EDM scene. During the last few years their tracks have gained support from world’s top djs such as Hardwell, David Guetta, W&W, Showtek, Timmy Trumpet, Deorro, Blasterjaxx, Laidback Luke, Maurice West, R3hab, MaRLo and many more, and have been supported by and played live at the world's biggest festivals such as Tomorrowland, Ultra, EDC, Sensation, Parookaville and World Club Dome. Mike and Alberto have already succeeded in playing in some of the world's best clubs, bringing their energetic festival style from Asia to Europe, making their intercontinental debut in China in 2018, having the opportunity to perform as special guests in some of the world’s Top 100 DJ Mag clubs. Making their name growing over the years, NGD Project have also earned the attention of some of the world’s largest dance music network such as DJ MAG which called them “The adrenaline duo” as well as “The New Generation That Grows”, and We Rave You which called them "The Italian Big Room Duo: Ones to Watch”. After starting to perform in the small bars of their provinces of birth, Mike and Alberto are today determined to make their mark ever larger day after day in the modern EDM scene and to make their way to get to perform and make their music known all over the world.